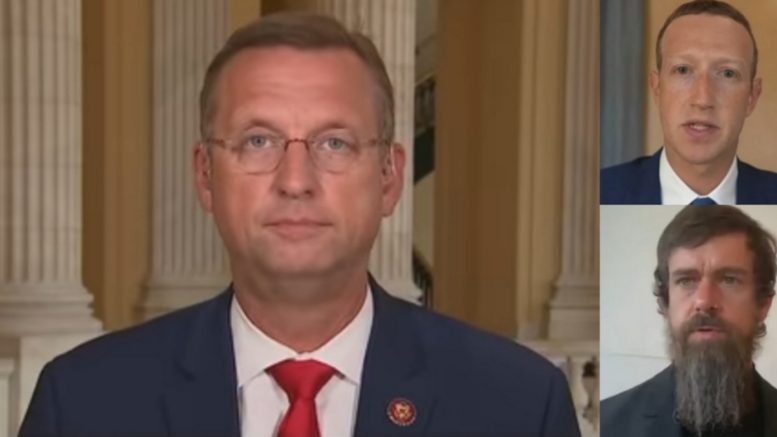 Congressman Doug Collins has a warning for all Americans in wake of Big Tech’s enhanced efforts to silence users on their platform, even going as far as completely banning and removing the President of the United States from communicating with his followers.

On Friday, Twitter permanently banned President Donald Trump and deleted his account from their platform “due to the risk of further incitement of violence.”

The tech giant’s suspension of President Trump comes after he posted two tweets on Thursday morning, which Twitter deemed under their policies as “Glorification of Violence policy”.

Several more Twitter users were purged from the platform on Friday, including attorney Sidney Powell and General Michael Flynn. Two other social media companies — Facebook and Instagram — have also gone to great lengths to censor President Trump as well as images and video footage from Wednesday’s unrest at the Capitol building.

In response, Rep. Collins warned Americans not to “be fooled” by Big Tech’s claim that they are taking such precautions against President Trump and others because they impose a “risk” to the United States. Instead, Collins believes the real motive behind Twitter, Facebook, Instagram and other tech giants’ tactics is nothing other than to “control what you read.”

“Big Tech isn’t shutting down accounts due to ‘risk.’ They’re trying to control what you READ. What you THINK. What you BELIEVE. They’re after one thing: control. Because control means power.”

“Don’t let them win,” he urged. See Below

Big Tech isn’t shutting down accounts due to “risk”.

They’re trying to control what you READ.

They’re after one thing: control.

Silencing people, not to mention the President of the US, is what happens in China not our country. #Unbelievable