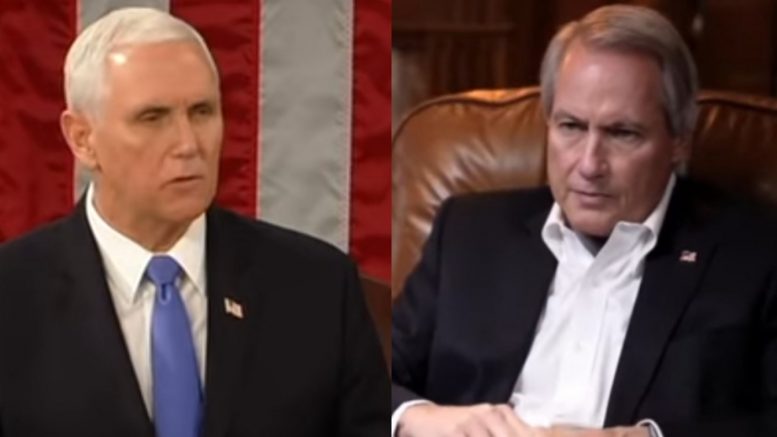 Fearing that Pence was on the verge of disregarding President Trump’s push to block the certification of the electoral votes, Mr. Wood suggested that the Vice President should be arrested for committing treason and potentially be executed by a firing squad.

Wood tweeted, “If Pence is arrested, @SecPompeo will save the election. Pence will be in jail awaiting trial for treason. He will face execution by firing squad. He is a coward & will sing like a bird & confess ALL.” 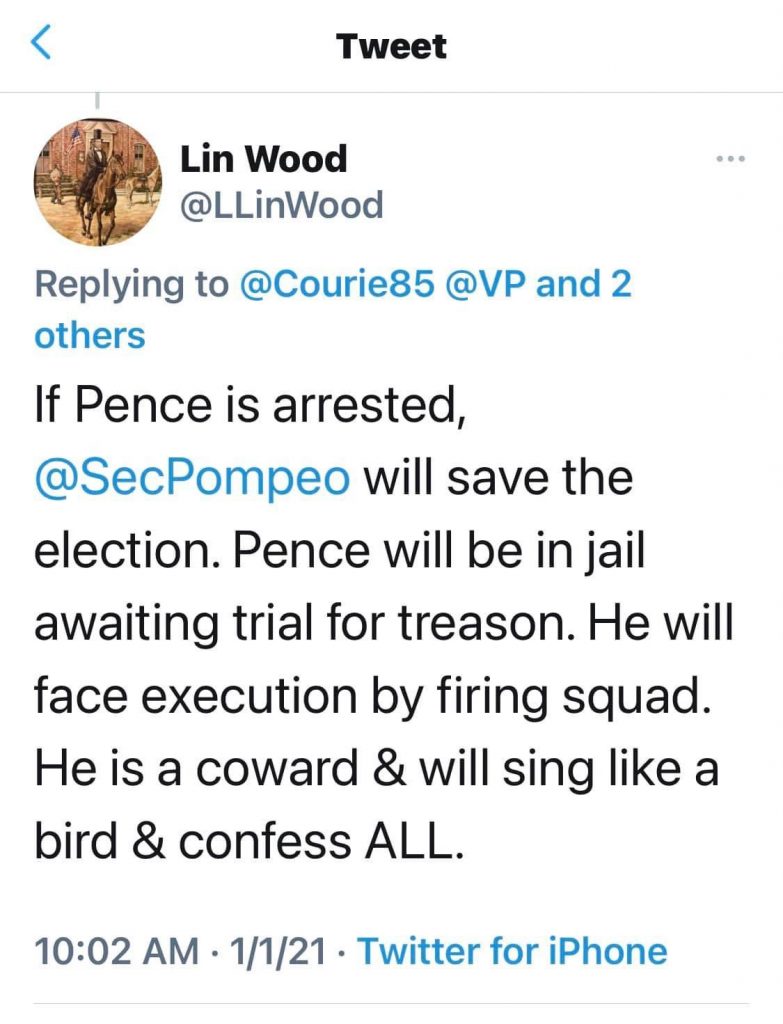 Despite facing backlash, Wood stood behind his controversial remarks as the test of time proved Pence’s disloyalty to Trump since Joe Biden’s presidential victory was, in fact, confirmed by Congress with very little pushback from the Vice President and GOP lawmakers.

On Saturday, Wood clarified his remarks on Parler, where he has been making a presence since being banned from Twitter.

“I am getting MSM calls asking me if I am going to be arrested for threatening Pence with a firing squad. Such nonsense.

‘I made NO threat. I do not believe in violence. I do believe in the rule of law. I have reliable evidence that Pence has a engaged in acts of treason. My comments were rhetorical hyperbole. Any journalist should understand that concept. If my information is accurate, law enforcement will address what punishment, if any, should be administered to Pence as they do with all criminals.’ Continued Below

“I am a follower of Jesus Christ. I would never advocate violence against any person unless necessary in self-defense.

“Thank you for your support. You inspire me with your love of God, country, & freedom.” 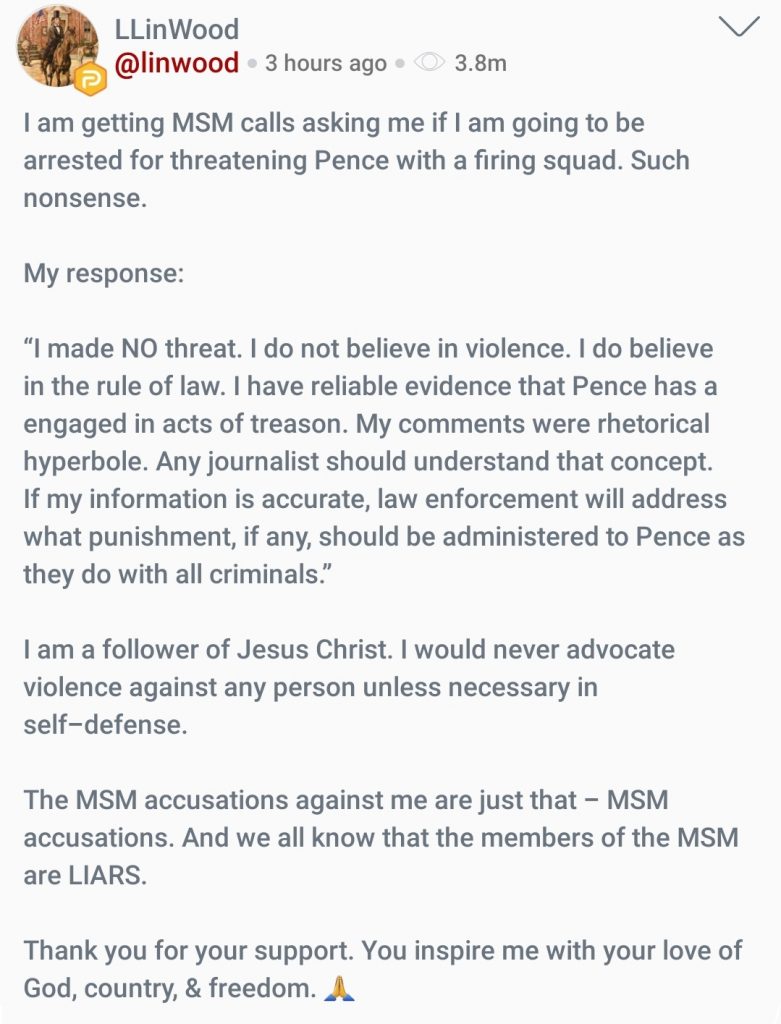