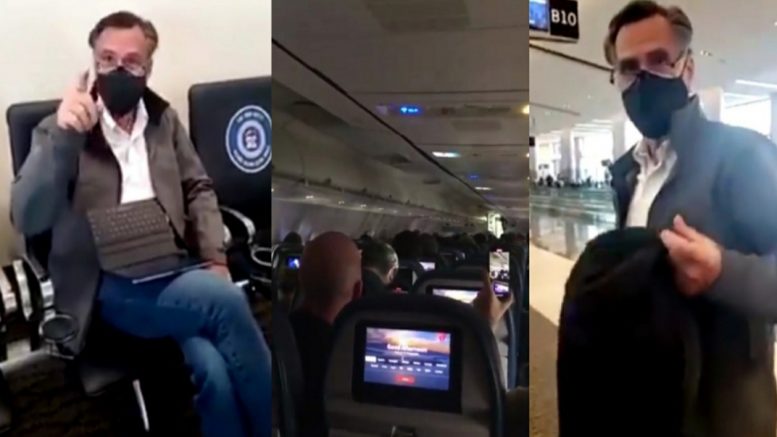 Sen. Mitt Romney ( R-UT) was caught off guard after being tracked down at an airport in Salt Lake City, Utah.

An unidentified female at the airport walked up to Romney, who was sitting by himself, and asked a few questions in regards to his lack of support for President Donald Trump.

Sen. Romney initially said he does support “many of things” President Trump is for, but then admitted that he will not support President Trump when it comes to efforts to contest the certification of electoral college votes when the joint session of Congress begins on Wednesday.

“We have a Constitution. The Constitutional process is clear. I willl follow the Constitution,” Romney replied when asked why he won’t support Trump at the joint session.

The Utah senator went on to say that he didn’t support President Trump in his re-election bid “for reasons I explained at the time.” He then packed up his stuff and quickly walked away after the female told him, “You work for us.” Video Below

Mitt Romney Gets Grilled Over His Distain Towards President Trump

After Sen. Romney boarded the aircraft, a group passengers let him know how they felt about him as the chanted “Traitor!” over and over.