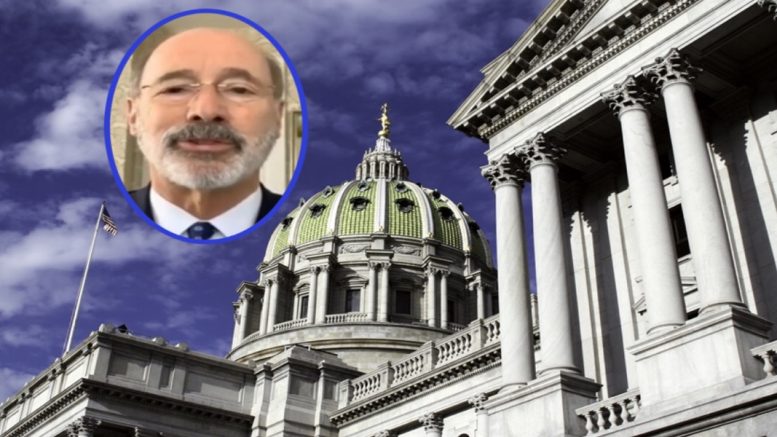 Pennsylvania’s Republican majority-led State Senate on Tuesday, refused to swear in Senator Jim Brewster of Allegheny County, a Democrat whose election was certified by the state but is being contested by his Republican challenger, Nicole Ziccarelli.

Democrats in the Senate began protesting — in some cases, shouting — after the Republican majority refused to seat Brewster, according to KDKA 2 CBS Pittsburgh.

As reported by KDKA 2 CBS Pittsburgh:

Republicans then voted on a motion to remove Lt. Gov. John Fetterman, a Democrat, as the presiding officer, after Fetterman insisted that Brewster be seated with the other senators. They then voted through another motion to recognize the election in every Senate contest, except for Brewster’s.

Republicans have not said how long they will take to review Ziccarelli’s election challenge before voting on it, or how long the GOP majority is willing to leave the seat vacant. The open seat does not affect the balance of power in the Senate, where Republicans hold 28 of 50 seats.

Governor Tom Wolf reacted in a statement in response to the Senate refusing to seat Senator Jim Brewster in the Pennsylvania State Senate, claiming in part: “This is a shameful power grab that disgraces the institution.” Continued Below

Republicans in Pennsylvania and nationally have spread disinformation and used it to subvert the democratic process. Sen. Jim Brewster rightfully won the 45th Senate District, but Senate Republicans are ignoring the voters in the district and refusing to swear him in as Senator. This is a shameful power grab that disgraces the institution

It is simply unethical and undemocratic to leave the district without a voice simply because the Republicans don’t like the outcome of the election. Voters, not Harrisburg politicians, decided this election, and Sen. Brewster is the rightful winner.

All ballots were counted and certified, and the results are accurate. Sen. Brewster received the most votes in this race and should be sworn in as the Senator for the 45th District. There is no precedent, and no legal rationale, for failing to do so. I will do everything in my power to ensure that voters have the final say in elections.

Pennsylvania Governor Tom Wolf also took to Twitter to say, “The votes were counted, the election was certified, and Sen. Jim Brewster is the winner of the 45th Senate District. Senate Republicans’ refusal to swear him in is a disgrace to democracy. I’ll do everything in my power to ensure voters have the final say in our elections.”

Chaos and shouting in the Pennsylvania State Senate as the Republican majority refuses to swear in a Democratic senator and votes to remove Lt. Gov. @JohnFetterman (D-PA) from presiding over the session.

The votes were counted, the election was certified, and Sen. Jim Brewster is the winner of the 45th Senate District.

Senate Republicans’ refusal to swear him in is a disgrace to democracy.

I'll do everything in my power to ensure voters have the final say in our elections.

3. Republicans then voted to certify every other senate contest EXCEPT the Brewster vs Ziccarelli race

Could this be a sign of whats to come?? Do the PA republicans have the guts to do this exact same thing to decertify Biden electors?? We shall see!

(Related: 27 PA Lawmakers Send A Letter To McConnell & McCarthy Demanding An Investigation Before Results Are Certified)