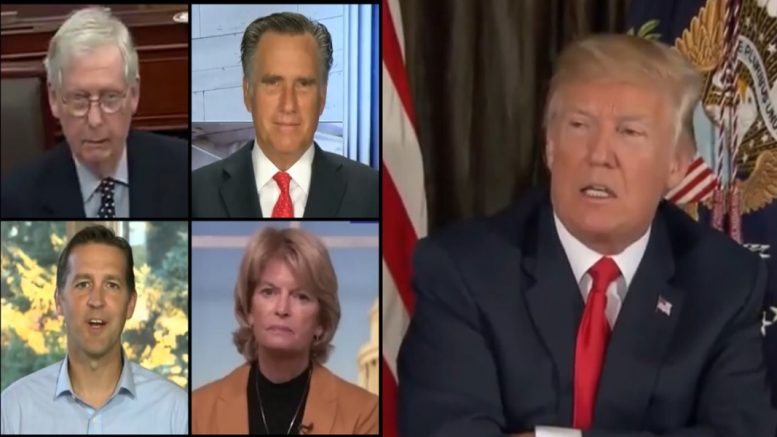 A group of Pennsylvania Republican lawmakers said they performed an extensive analysis of election day data and they’ve found “troubling” discrepancies, as previously reported by The Freedom Times.

A Monday press release from Pennsylvania State Rep. Frank Ryan explains how the PA lawmakers discovered discrepancies between the numbers of total votes counted and total number of voters who voted in the 2020 General Election which is making them question how the results could have been certified by Pennsylvania’s Governor Tom Wolf and Secretary of the Commonwealth Kathy Boockvar.

A comparison of official county election results to the total number of voters who voted on November 3, 2020 as recorded by the Department of State shows that 6,962,607 total ballots were reported as being cast, while DoS/SURE system records indicate that only 6,760,230 total voters actually voted. Among the 6,962,607 total ballots cast, 6,931,060 total votes were counted in the presidential race, including all three candidates on the ballot and write-in candidates.

The difference of 202,377 more votes cast than voters voting, together with the 31,547 over- and under-votes in the presidential race, adds up to an alarming discrepancy of 170,830 votes, which is more than twice the reported statewide difference between the two major candidates for President of the United States. On November 24, 2020, Boockvar certified election results, and Wolf issued a certificate of ascertainment of presidential electors, stating that Vice President Joe Biden received 80,555 more votes than President Donald Trump.

“These numbers just don’t add up, and the alleged certification of Pennsylvania’s presidential election results was absolutely premature, unconfirmed, and in error,” the PA lawmakers stated, in part. Continued Below

President Donald Trump responded in a series of tweets Tuesday, calling for “new and energetic” Republican leadership as Pennsylvania lawmakers discovered 200K excess votes in their extensive analysis in the wake of the November presidential election.

“A group of Republican lawmakers in Pennsylvania say 200,000 more votes were counted in the 2020 Election than voters (100% went to Biden). State Representative Frank Ryan said they found troubling discrepancies after an analysis of Election Day data. @FoxNews,” the president tweeted.

“This is far more votes than is needed by me to win Pennsylvania, not to mention hundreds of thousands of votes in other categories which increase my already big lead into a landslide. All other Swing States show likewise,” he explained. Continued Below

“WE NEED NEW & ENERGETIC REPUBLICAN LEADERSHIP. This can not stand,” the Commander in Chief declared in all caps. “Can you imagine if the Republicans stole a Presidential Election from the Democrats – All hell would break out.”

“Republican leadership only wants the path of least resistance. Our leaders (not me, of course!) are pathetic. They only know how to lose! P.S. I got MANY Senators and Congressmen/Congresswomen Elected. I do believe they forgot!” he proclaimed.