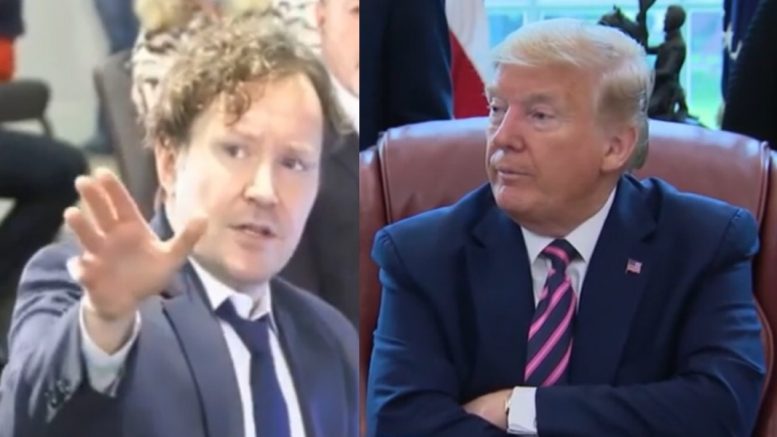 The Commander in Chief, on Monday, announced on Twitter that in the state of Pennsylvania there “were 205,000 more votes than there were voters”.

“Breaking News: In Pennsylvania there were 205,000 more votes than there were voters. This alone flips the state to President Trump,” he wrote, though he did not include a report or his source of information.

Math expert Bobby Piton, however, offered new information related to irregular voter registration in the state of Pennsylvania in a thread on Twitter over the weekend.

“The Honorable [POTUS] [Donald Trump], I have some absolutely Stunning News to report regarding PA. I examined just over 9,008,753 records and have identified 521,879 unique Last Names. 245,033 or just under 47% of the total Last Names in PA only belong to 1 and only 1 person!” Piton tweeted on Saturday of his mathematical analysis.

“Once again, no brothers, sisters, aunts, cousins, parents that share this particular last name out of 9 Million records. Upon looking at the TOP 1000 Last Names in PA, I have discovered that PA has 695,430 Fewer People in the top 1000 Last Names. Literally, there are 14,776 fewer Smiths, than should be there. 19,591 Williams have gone missing, 30,830 Johnson’s are no where to be found. 11,656 Jackson went MIA. What in the world is going on in PA. Exactly 500 of the top 1000 names in PA have a deficit in the number of people that should be there,” Piton reported.

He also wrote that he is at “a loss for words that I am looking at such INSANE Outright Fraud”, adding, “That almost 1 million Americans had their Vote STOLEN from them! Arrests need to be made for this crime against the Great State of Pennsylvania.”

Mr. Piton continued his reporting, attaching a “break down” of some of the last names:

On Sunday, Bobby Piton clarified, breaking down the information to make more sense of his analysis to viewers.

It is also worth noting, on election night President Donald Trump was in the lead with more than 700,000 votes, yet it vanished by the end of the night, as reported by Piton.

I build an almost 500 megabyte excel file outlining which Last Names were Destroyed in Each of the 67 Counties for the TOP 1,000 Names. @POTUS have someone from the White House contact me and I will gladly hand over the file. Thank you Sir! You WON BIG! #BidenCheated

Mr. Piton testified at a hearing before Arizona’s legislatures last month over alleged voter fraud and was later targeted after the hearing. Mr. Piton reportedly had his Twitter account suspended for an undisclosed reason.

(Related: AZ Expert Witness On Gov. Ducey Certifying The Results: “I’d Rather Resign Than Have Certified Those Results”)