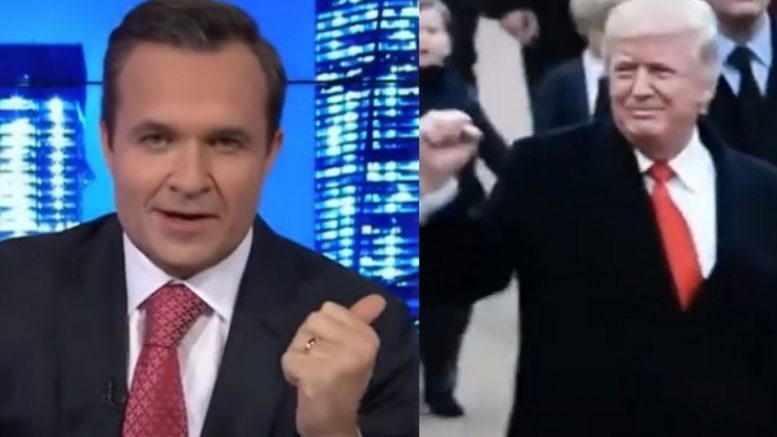 Newsmax host Greg Kelly is standing firm on the notion that the presential election is far from being over, and that President Donald Trump still has a chance of pulling off a victory over Joe Biden.

On Sunday, Kelly indicated that “America is due for an epic shock” in terms of the presidential election,” and reminded Americans, “We’ve had them before.”

To help compliment his thoughts, Kelly tweeted a picture of Harry S. Truman that was taken soon after he defeated Thomas Dewey, in what was one of the greatest election upsets in American history. Take a look:

America is due for an epic shock. We’ve had them before. pic.twitter.com/gQ3aUuWkQ6

Moments later, he insisted, “This is fightable. This is winnable.”

This is fightable. This is winnable.

Meanwhile on Monday, Kelly slammed Twitter over their latest claim that election officials have already certified Joe Biden as the winner of the election. He cited part of the Constitutional process that determines the President-elect, which hasn’t happened yet and won’t until January when Congress meets for a special joint session to validate electoral votes.

Kelly retweeted a recent post by President Trump that conveniently had the disclaimer on it, and he wrote: “Look at Twitter ‘warning’ about how ‘officials’ have certified the election as ‘done’. WRONG. WRONG. WRONG. The electoral votes will be COUNTED on January 6th by THE VICE PRESIDENT. and that’s not according to @Twitter —that’s in the DAMN UNITED STATES CONSTITUTION. READ IT !!”

Look at Twitter “warning” about how “officials” have certified the election as “done”. WRONG. WRONG. WRONG. The electoral votes will be COUNTED on January 6th by THE VICE PRESIDENT. and that’s not according to @Twitter —that’s in the DAMN UNITED STATES CONSTITUTION. READ IT !! https://t.co/1YxPfzokBd

The thoughts posted by Mr. Kelly echo that of commentary from his December 15th program that aired on Newsmax, where he referenced election rules as it pertains to the U.S. Constitution. He stated as follows:

“January 6th it happens. And oh, by the way, these have been contested before in American history — sometimes productively, sometimes not-so-much.”

“…A lot of this stuff is obscure. It happened a long time ago, but in 1876 they had a brokered, essentially, electoral college and it has happened. The rules are arcane. I’m still becoming acquainted by them, but folks there’s Constitutional presidence for some of this. Do not dismiss it. We dismiss it at our own peril. I believe the media have a responsibility to start looking at this very, very seriously.”

Former deputy assistant to the President, Sebastian Gorka, has also laid out a Constitutional path to victory for Trump and refers to the same rules pointed out by Greg Kelly.

Dozens of Republican lawmakers have since come forward, and pledged to challenge the election results on January 6th. And it has been speculated that at least one U.S. Senator is on board, but is not yet confirmed.

In ending, here are a couple more current tweets where Kelly insists the election is not yet over:

In law enforcement, they refer to the mob as “Organized Crime.” And the LEFT had to be pretty organized to steal an election and get rich while doing it. @RudyGiuliani’s NOT finished. NOT OVER. pic.twitter.com/LXncqsFAJH