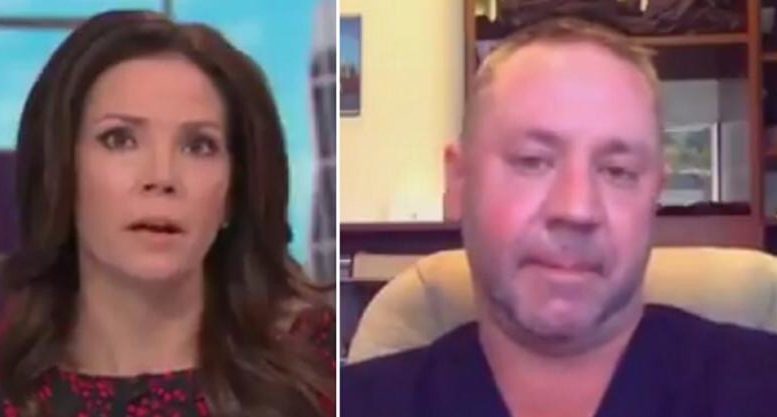 Dr. Andrew Pastewski, a pulmonologist in Florida, spoke with CNN on Christmas Eve, with a message to Americans amid the global coronavirus pandemic.

Dr. Andrew Pastewski bluntly responded: “Christmas should not be fun this year, okay”.

“This should be part of the negative 2020 that’ve we had. We should see the hope of New Years of 2021 that the vaccine is here– we are getting it,” Pastewski said.

He then suggested: “Let’s stay diligent, get the vaccine, and move forward to a 2021 where we don’t have to wear masks and we can all be safe and start to return to normal life. It just requires a little more work, a little more mask wearing, a little more staying at home, not seeing the older people, and we’ll get there.”

CNN guest Dr. Andrew Pastewski on his message to Americans this morning: “Christmas should not be fun this year” pic.twitter.com/TSQTrTnzoi

Dr. Anthony Fauci reportedly said in a phone interview that he has been deliberately changing his public statements regarding the COVID-19 pandemic because he didn’t think people were ready to hear his true beliefs, according to the New York Times.

Fauci has been slowly increasing the number of Americans he says need to be vaccinated for the U.S. to reach “herd immunity” in public statements, the New York Times reported Thursday morning. He reportedly told the Times he has done so “partly based on new science, and partly on his gut feeling that the country is finally ready to hear what he really thinks.”

Dr Fauci’s estimate for reaching herd immunity has been steadily inching up, @nytimes’ Donald McNeil Jr reports. Fauci told us at last week’s @CNBC #HealthyReturns that it may be 75-85%. https://t.co/j18nUYZ3cV pic.twitter.com/hIKewMAFim

Earlier on in the pandemic, Fauci had said the United States would need 60 to 70 percent of people to be vaccinated in order to reach herd immunity, according to the Times. He cited higher numbers of 75 to 80-plus percent in a CNBC interview last week. That prompted the Times to ask him why he had been “moving the goalposts,” their report says.

(Related: Dr. Fauci Strikes Down The Allegation That Trump Downplayed COVID-19 In The Early Stages: “I Didn’t Get Any Sense That He Was Distorting Anything”)