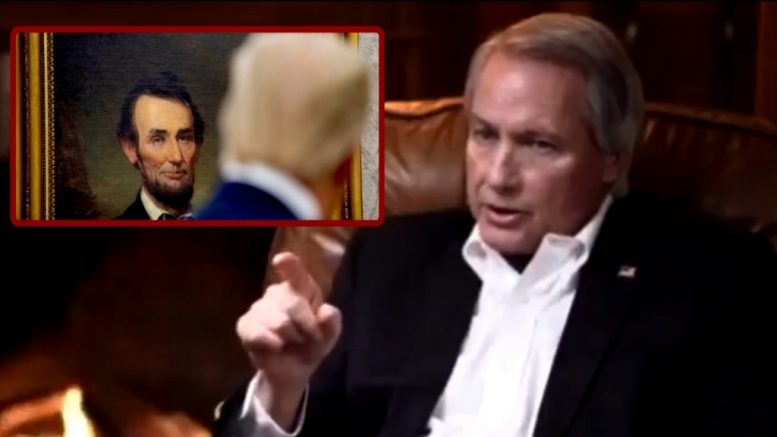 Attorney Lin Wood thinks that President Donald Trump now finds himself in a position similar to former President Abraham Lincoln in terms of deciding what steps should be taken to uphold “the preservation of our democracy.”

However this time around, the challenges that lie ahead for President Trump constitute the integrity of the U.S. election system, which is alleged to have been manipulated by mass fraud in multiple battleground states.

Mr. Wood made the connection between Trump and Lincoln during an interview with Joshua Philipp of the Epoch Times.

“I believe history repeats itself. And I believe that Donald Trump finds himself in almost identical circumstances of Abraham Lincoln,” Wood said.

“So I believe that whether it’s the executive order or martial law or simply the defense of our country and the preservation of our democracy, I believe Donald Trump has the full legal authority to do what’s necessary. I believe he needs to seize the voting machines and the paper ballots in the seven swing states. Let’s find out what happened!” he exclaimed.

“The people are not going to accept an election result until they know that it is honest,” Wood declared. “What do the Democrats have to hide? He who has nothing to hide, hides nothing.” Video Below

.@LLinWood says he thinks history repeats itself. At this time @realDonaldTrump has found himself in the same situation as Abraham Lincoln. pic.twitter.com/DP4SxG2Se5