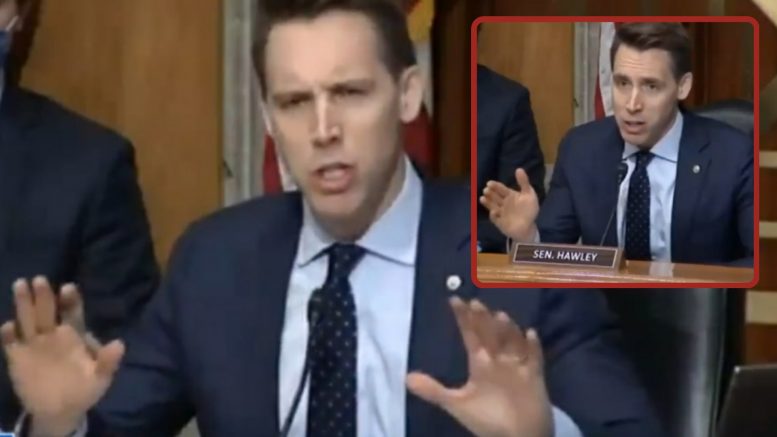 Senator Josh Hawley (R-MO) unleashed a fiery statement on behalf of the ’74 million’ Trump supporters during Wednesday’s hearing on “Examining Irregularities in the 2020 Election.”

The senator from Missouri slammed those who are demanding that Americans accept the results of the 2020 election and unite around former Vice President Joe Biden, despite mounting irregularities that have been uncovered since the November 3rd contest.

Citing conversations that he has had with dozens of constituents in his home state, Hawley said, “Every one of them told me that they felt they had been disenfranchised, that their votes didn’t matter, that the election had been rigged.”

“And to listen to the mainstream press and quite a few voices in this building today tell them after four years of non-stop Russia hoax — it was a hoax. It was based on — the whole Russia nonsense was based on, we now know, lies from a Russian spy — the Steele Dossier was based on a Russian spy. After four years of that — being told that the last election was fake and that Donald Trump wasn’t really elected and that Russia [interfered] — after four years of that, now these same people are told, ‘You need to sit down and shut up. If you have any concerns about election integrity, you’re a nutcase you should shut up.'”

“Well, I tell you what — 74 million Americans are not going to shut up,” Sen. Hawley declared.

AZ GOP Chair Dr. Kelli Ward Gives A Status Update On the Maricopa County Audit: “We Will Not Be Intimidated”