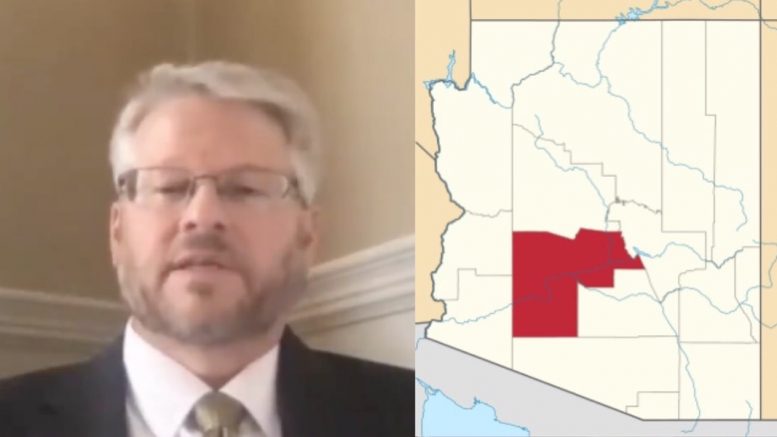 The subpoenas will “ensure that at least the legislature has a process in place” to vet the “veracity” of the 2020 election, said Farnsworth.

The announcement followed more than six hours of testimony in the Senate Judiciary Committee, which led to a series of questions from Republican senators about whether the results can be trusted, KJZZ reported.

Dominion’s software and machines are used in 28 states and have become a focus of election fraud allegations.

Meanwhile in Michigan, a forensic team of auditors has found one Dominion Voting System used by Antrim County for the November 3 general election, had a 68.05% error rate.

A forensics report based on examination of Dominion products in Antrim County, Michigan, concluded the software was “intentionally and purposefully designed with inherent errors to create systemic fraud and influence election results.”

“Significantly, the computer system shows vote adjudication logs for prior years; but all adjudication log entries for the 2020 election cycle are missing. The adjudication process is the simplest way to manually manipulate votes. The lack of records prevents any form of audit accountability, and their conspicuous absence is extremely suspicious since the files exist for previous years using the same software,” the report, authored by Russell Ramsland, states. Continued Below

Trump Reacts as the FBI Reportedly Raids His Mar-a-Lago Home: ‘These Are Dark Times for Our Nation’