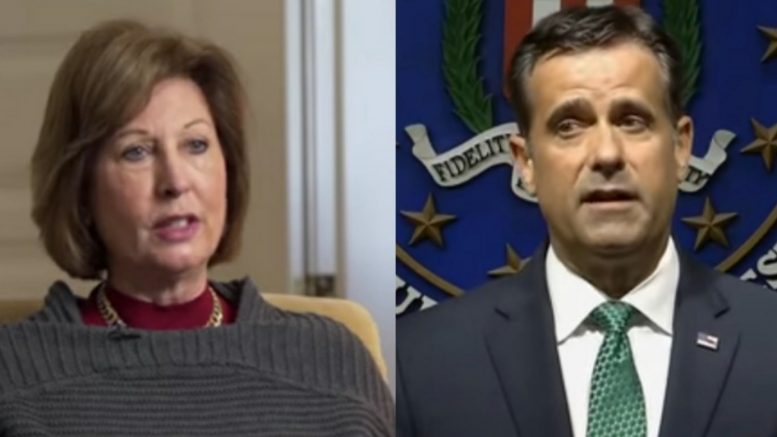 While appearing for an extensive interview with the Epoch Times on Sunday, attorney Sidney Powell discussed irregularities she has uncovered over the course of her investigation into alleged election-related fraud, and expressed confidence that the time is soon approaching where most of her bombshell claims will be confirmed.

“We have counterfeit ballots, we have dead people voting by the thousands, if not, by the hundreds of thousands, there was something someone called ‘phantom voters,’ there was just more manner and means of fraud than any law-abiding American citizen could possibly imagine,” Powell told Jan Jekielek of the Epoch Times. “It’s stunning — it’s absolutely stunning, and they are so in our face with it. And then to deny it is purely Machiavellian.”

Related Article: Powell On Trump’s 2018 Executive Order: ‘Under The Emergency Powers, He Could Appoint A Special Prosecutor To Look’ Into Voting Machines

Powell went on to say that countries around the world, including the United States, have been using the software found in Dominion voting machines to manipulate the results of elections for between 15-20 years.

“The moneyed interests, the political interests, the global-power elites have been doing this all around the world, where ever they wanted to for at least 15 or 20 years,” Powell asserted. “Our own government has been involved in some of it. It cuts across political lines. There have been some Republicans who have, no doubt, benefitted from it, just as Democrats have. They’re all playing the game. I feel more every day that the Matrix movie was real. It’s that bad.”

“The fact that people are willing to turn a blind eye for this is just horrifying,” Powell said after giving examples of how the Dominion voting system acts as “insurance” for those who use it to be elected or re-elected.

Sidney believes that all Dominion machines should have been impounded immediately following the election, and said they weren’t because she suspects influence behind the voting system runs deep throughout all branches of government. And she is confident that data retrieved from a recent forensic investigation of Dominion machines in Antrim County, Michigan, along with other analysis done in Georgia, will prove her suspicions that the software flipped votes from Trump to Biden on a nation-wide scale.

Ms. Powell also thinks that there has been enough information recovered indicating foreign interference in the 2020 election, to the point that President Trump can take executive action that would open the door for a wide-scale investigation.  And she is hopeful that when DNI John Ratcliffe gives his report about the election, which is due after December 18, he will confirm nearly everything she has publicly discussed.

“If [Ratcliffe’s] report is an honest report, it’s going to blow the mind of every citizen in the country who’s willing to look at the truth and facts,” she declared. Video Below