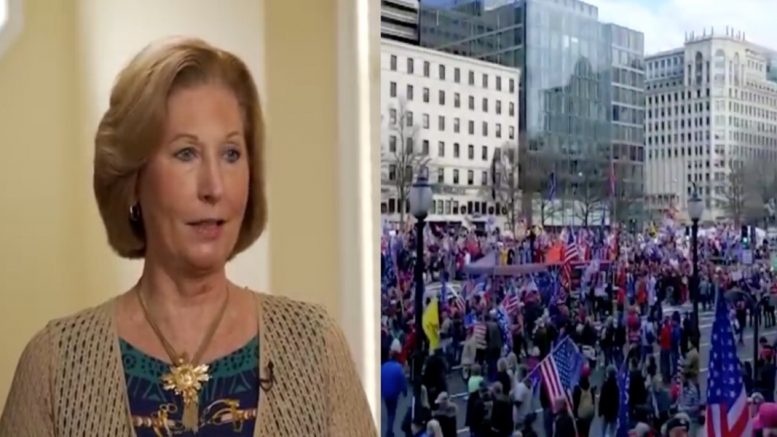 Attorney Sidney Powell called on “Patriots” to rise up Sunday on Twitter and listed eight ways to demand the truth and transparency in the wake of the 2020 November election.

Powell first wrote on Twitter Sunday, “If you are not demanding #Truth and #transparency in this election and all voting machines, you are part of the problem. #Patriots must rise right now and demand the #Truth. Truth & #Freedom won this election. It’s about the very survival of this #Republic. We must Keep It.

Following Ms. Powell’s tweet, a user on Twitter named, “We Get It!” asked Sidney Powell, “So………. how do we rise up? What do we do?? Give some suggestions. Write letters? Make phone calls? Email someone? What? What can we do to help?? We stopped watching fox news and went to NEWSMAX……….. HELP US HELP YOU!”

“Nothing should be hidden. If they’re hiding, they’re lying. All the media, social media, globalists elite, businesses are against us. Save the USA,” Powell expressed. Continued Below

Meanwhile, a judge in Michigan on Monday permitted parties in a court case to release the results of a forensic imaging examination of Dominion Voting Systems machines, with redactions of code.

Powell also reminded Americans that evidence of alleged voter fraud is on her website, available for the public to read:

(Related: Sidney Powell On DNI Ratcliffe’s Pending Report: “It’s Going To Blow The Mind Of Every Citizen Of The Country”)