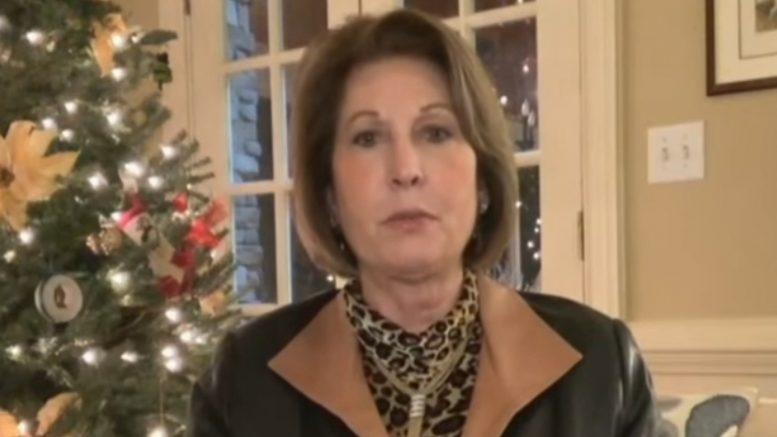 While appearing live on the John Fredericks show, Attorney Sidney Powell confirmed that there are cases from at least four different states waiting to be heard by the Supreme Court.

Evidence in the pending lawsuits are so similar to each other, according to Ms. Powell, that if the Supreme Court rules in favor of the plaintiffs in just one of them, the other three cases would follow suit, giving President Trump the electoral votes needed for victory.

Related Article: Sidney Powell On DNI Ratcliffe’s Pending Report: “It’s Going To Blow The Mind Of Every Citizen Of The Country”

“Wisconsin, Arizona, Michigan and Georgia are all right now pending emergency petitions in the Supreme Court to get the process stayed and that’s enough of states to flip the count for President Trump and stop the electoral college process from proceeding on the basis of a massive fraud,” Powell told John Fredericks.

“Is it fair to say that if one state falls, they’re all going to fall because all of the evidence is the same basically, right?” Fredericks asked.

“Yes,” Powell replied. “There are different kinds of specialized fraud in some of the states, but in terms of Dominion machine fraud, yes, it’s going to be the same everywhere. And yes, multiple states should fall because of this fraud.” Video Below

Sen. Graham Warns Dems If They Treat Judge Barrett The Same As Kavanaugh: “It’s Gonna Blow Up In Their Face Big Time”