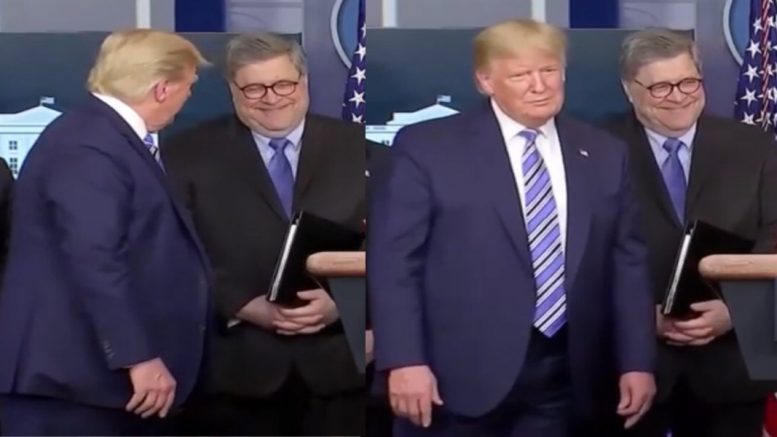 President Donald Trump, in a surprise move on Monday, announced on Twitter that Attorney General Will Barr will be leaving “to spend the holidays with his family”.

Barr’s exit will be in effect “just before Christmas,” according to the Commander in Chief.

“Just had a very nice meeting with Attorney General Bill Barr at the White House. Our relationship has been a very good one, he has done an outstanding job!” the president expressed Monday on Twitter. “As per letter, Bill will be leaving just before Christmas to spend the holidays with his family.”

The president also posted a copy of Attorney General Barr’s resignation letter dated December 14. In the letter, AG Barr said he will “spend the next week wrapping up a few remaining matters important to the Administration and depart on December 23.” Continued Below

William Pelham Barr was sworn in as Attorney General on February 14, 2019.

Barr was nominated after Trump fired Jeff Sessions, his first attorney general, on the day after the 2018 midterm elections. When Barr took office in February 2019, it was his second stint as the nation’s top law enforcement officer after holding the post decades earlier, toward the end of George H.W. Bush’s presidency, reported Newsmax.