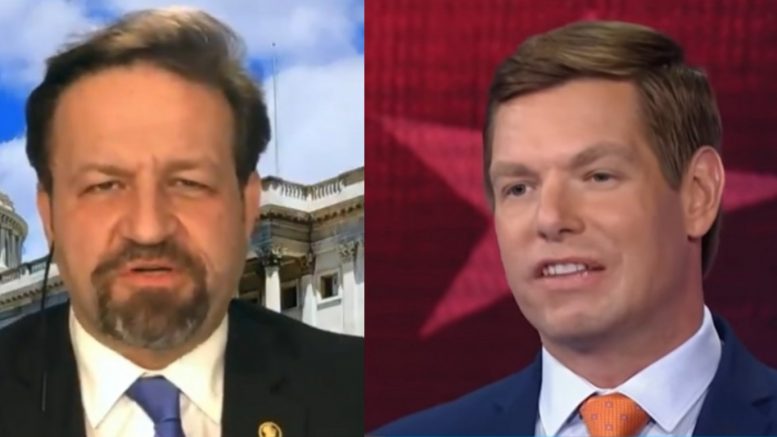 Rep. Swalwell has faced intense scrutiny over the past week after an Axios report linked him to an alleged Chinese spy Fang Fang — aka Christina Fang.

While Swalwell and his office refuse to comment on the extent of his relationship with Fang — which is purported to have transpired between 2012 and 2015 — it’s reported that Fang had “romantic or sexual relationships” with at least two elected officials, and did so to help the Chinese government gain political influence.

Related Article: Grenell On Swalwell’s Ties To Alleged Spy: “This Is The Tip Of The Iceberg…There’s Many, Many More”

Meanwhile, Joe Biden’s son Hunter Biden admitted last week that he under federal investigation for possible tax fraud in relation to his alleged laptop that was left abandoned at a computer repair shop. The laptop is said to contain communciations and documents detailing some of his business dealings in China and Ukraine.

The New York Post initially broke the Hunter Biden laptop story prior to the 2020 election, however big tech companies went through great lengths to censor the story, while mainstream media sources failed to cover all aspects related to it until now, after the election.

In response to the media’s apparent biased coverage, Gorka told Newsmax, “This is the same legacy media that for the last four years told us that the elected President of the United States was a Russian asset — a Kremlin asset — none of which was true that not only Robert Mueller with 40 million dollars and 50 agents could prove up to 20 months of investigation.”

“And what did we find out in the meantime?” Gorka questioned. “The President’s not working for the Kremlim, and Eric Swalwell is having sex with Chinese intelligence officers.”

He continued: “But what do we find out? That Hunter Biden not only gets 1.4 billion dollars from the national bank of Communist China — a deal that not even Goldman Sachs could get. We find on his laptop recordings of his telephone conversations where he even boasts that one of his business partners is the most senior intelligence officer in China.”

“So everyone knows it all adds up. There’s a reason that for six months now, I’ve been calling his father ‘Beijing Biden,'” he declared. “Eric Swalwell, Hunter Biden, the Biden family are open to blackmail. None of them should have security clearances. They should all be stripped of their clearances.” Video Below

.@SebGorka says "The President's not working for the Kremlin, but Eric Swalwell is having sex with Chinese intelligence officers." https://t.co/VlT7z8drtO pic.twitter.com/9AJA3sRB9T