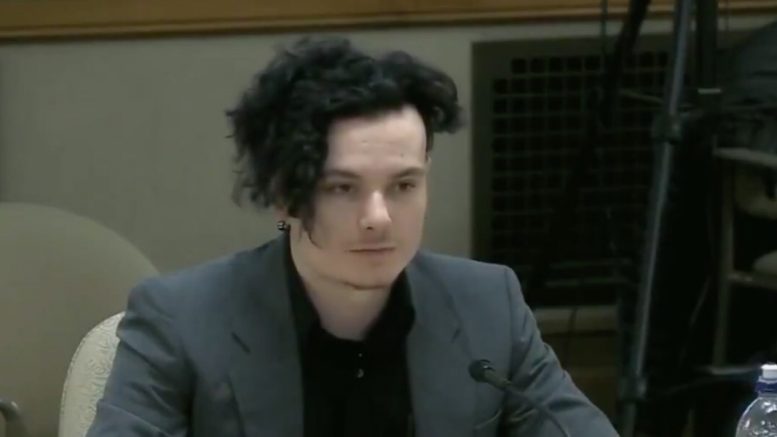 On Friday, the Wisconsin Assembly Committee on Campaigns and Elections and the Senate Committee on Elections, Ethics and Rural Issues held a joint public hearing to review the 2020 general election.

During the hearing a USPS contractor, Ethan Pease, testified, giving a first-hand account of election irregularities that he witnessed in Wisconsin.

“During the run up to and on Election Day, I was working as a temporary hire at United Mailing Services, a USPS contracting company in Madison, Wisconsin. … I began working there on August 26, 2020 as a route driver and a box truck driver. My job was to pick up mail on a pre-determined route that went through Cottage Grove, Winsor, and the Stouten Road area of Madison. … I would take this mail to UMS where it would be sorted and metered, and I would then take the sorted mail on the final mail on the box truck run to the USPS on Milwaukee Street in Madison, Wisconsin,” Pease said.

He continued: “In September and October, I began to deliver mail-in-ballots from United Mailing Services to the USPS as part of my evening box truck run. I knew that I would be taking ballots, because there would always be a mail cart marked for me, for ballots only, with a special green tape that said, ‘for ballots only'”.

“On November 2, 2020, I noticed there was only one ballot in the bin for delivery to USPS, and on November 3, Election Day, there were no ballots in the bin for delivery to USPS. I did not think of that as strange at the time. It was Election Day, the polls were closing that day. You’d think that the ballots would kind of trickle down and be done,” Pease said.

He went on to say that on November 4, a “senior USPS employee, whose name I do know, had asked me if I’d forgotten any ballots from the night before, election night”, adding, “He explained to me, an order had come down from the Wisconsin- Illinois chapter of USPS that 100,000 ballots were missing. He then told me that his post office … had dispatched employees to look for the missing ballots around 4 am, November 4.” Continued Below

Ethan Pease also said that “7 or 8 ballots were found at United Mailing Services”, noting, “Based on my previous experience of habit of double checking the ballots, I believe that to be a lie immediately.”

“The following day, November 5, 2020, I had a conversation with a different USPS employee, whose name I also know, in which she admitted USPS employees were ordered to backdate ballots that were received too late to be lawfully counted. I asked this employee if I would be getting in trouble for those ballots the night before with my own boss, just kind of making sure I was covered, … the employee said, ‘No, I wouldn’t as long as they were postmarked for the 3rd.’ Then she hesitated for a moment and said, ‘That’s why they had us do that’, referring to USPS employees,” Pease said.

He admitted that he “did not bring any of this to the attention of the supervisors at the USPS at the time due to their hostility towards the president and their eminent content to the law”. Video Below

“I’ve hear those same employees making jokes, asking customers who came in to the post office lobby, ‘Who did you vote for? Oh, President Trump. Okay’. And then they would reference throwing the ballots directly into the trash,” Pease testified.

He also disclosed that he is “not a Trump supporter” or a “Biden supporter”, adding, “I know something wrong happened here and I just want to see that something gets done about it for our state and for the people in our state so that people can have faith in our elections.”

“I think the American people and the people of Wisconsin have a right to know what happened. And the bottom line of this: Why was the USPS even looking for ballots on November 4, hours after the polls closed at 8 pm?” Pease wondered.

(Related: Nursing Home Resident Said She Wanted To Vote For Trump, But Staff Member Advised Against It)

Huckabee On Why Dems Limit How Much Biden Talks: “Everytime He Does, He Just Opens His Mouth To Change Feet”