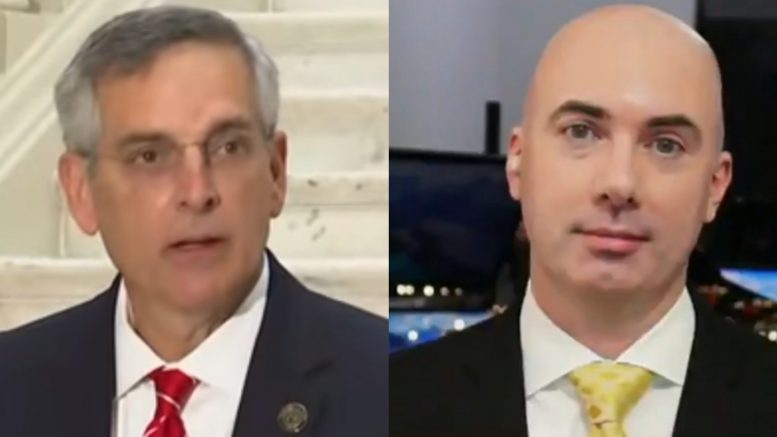 Matthew Braynard of the “Voter Integrity Project” is prepared to share “live recordings” of individuals in Georgia who claim to not have cast ballots in the 2020 election that the state says they did.

Braynard recently made national headlines after the FBI requested and obtained all evidence uncovered in his investigation into alleged voter fraud.

According to Brandard, a tremendous number of alleged illegal votes found in his investigation surpasses Joe Biden’s margin of victory in at least three battleground states, specifically Wisconsin, Georgia and Arizona.

In essence, he claims it will be enough to “deny” Biden a victory in the Electoral College.

Findings from Braynard’s probe were purportedly transmitted to Georgia Secretary of State Brad Raffensperger’s office last week. But much to his surprise, Mr. Braynard has not heard a word back from Raffensperger or any other election official ever since.

While appearing on Monday’s airing of Lou Dobbs Tonight, Braynard indicated that he will be testifying in front of the Georgia State Legislature on Friday, and is planning to share data and “recordings” that will back up his findings.

“So, I look forward to sharing my findings, along with live recordings of Georgian voters telling us they didn’t cast ballots the state said they did,” he added. Video Below

Ignoring Electoral Fraud: @MattBraynard says he submitted his voter fraud data to the Secretary of State of Georgia last week and has yet to hear back #MAGA #AmericaFirst #Dobbs pic.twitter.com/HQ5lFJT3fn