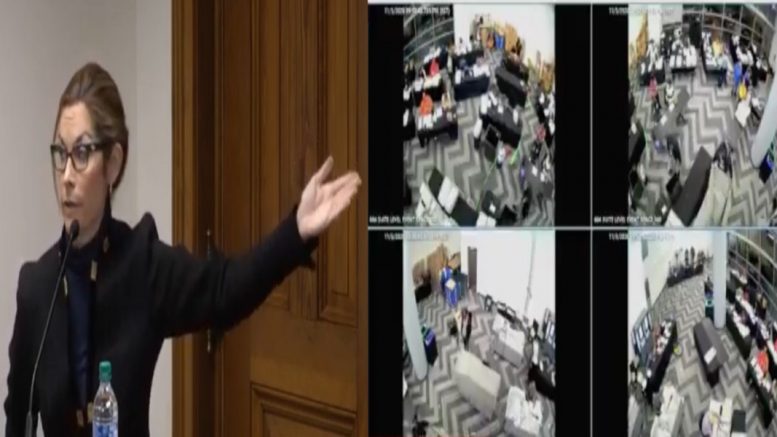 During a hearing Thursday, a volunteer helping the Trump legal team presented evidence of video footage from Atlanta’s State Farm arena to the Georgia Senate Committee.

Attorney Jackie Pick showed video of poll workers leaving while four people stayed behind, continuing to count ballots in private. Another video clip also showed what appeared to be suitcases filled with alleged ballots which were pulled out from under a table.

In another clip, Attorney Pick showed video footage of suitcases filled with ballots that were pulled out from under a table:

President Donald Trump responded to the video footage on Twitter Thursday, writing, “Ballot stuffing by Dems when Republicans were forced to leave the large counting room. Plenty more coming, but this alone leads to an easy win of the State!”

In another clip during the Georgia hearing, a lawyer outlined “multiple examples of illegal voting activity in Georgia”: