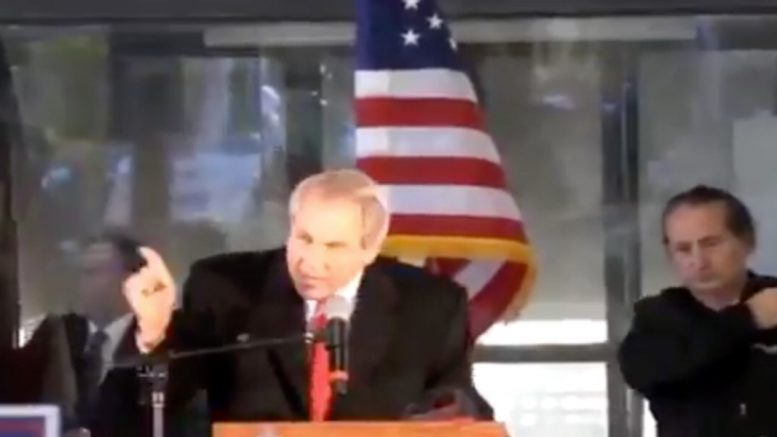 Attorneys Sidney Powell and L. Lin Wood held a press conference in Georgia on Wednesday, firing up the crowd in the in the wake of the 2020 election.

As he stepped to the podium, Wood declared that “every lie will be revealed” and President Trump “will be sworn in” on January 20.

“Every lie will be revealed, and on January the 20th of 2021, Donald J. Trump will be sworn in as President of the United States!” Wood declared.

Every lie will be revealed and on January 20th, 2021 Donald J. Trump will be sworn in as President of the United States of America. pic.twitter.com/5cyZVhio7Q

“We’re gonna send a message … It’s 1776 in America again, and you’re not gonna take our freedom. We’re gonna fight for our liberty. … This is America, you picked a fight with the wrong people!” Lin Wood also told the crowd.

(Related: Sidney Powell Claims One Of Her Witnesses Of Alleged Fraud “Got Beaten Up & Is In The Hospital”)