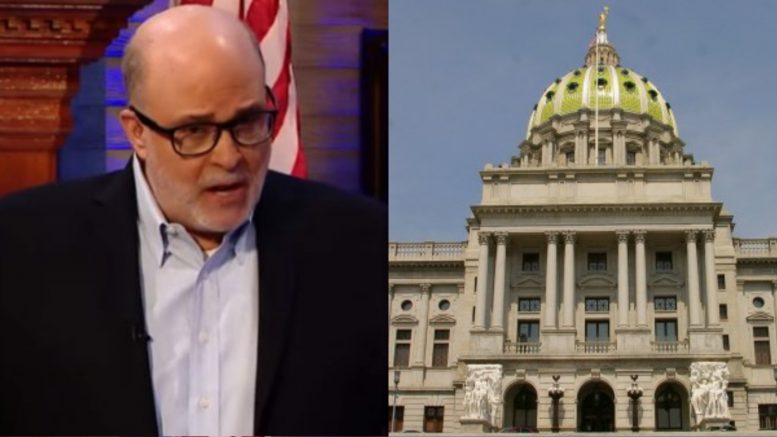 The Pennsylvania Supreme Court tossed out a lawsuit to declare universal mail-in voting unconstitutional, which aimed to make majority of votes cast by mail in the state’s election invalid.

Rep. Kelly and Parnell seeked to challenge the year-old law of expansive mail-in voting as unconstitutional, which, if successful, could throw out an estimated 2.5 million votes that were cast using the method, or leave it up to the state Legislature to decide how to allocate Pennsylvania’s 19 electors.

According to CBS Pittsburgh, Pennsylvania Governor Tom Wolf appealed Judge McCullough’s decision to the state’s Democratic-majority Supreme Court, saying there was no “conceivable justification” for it. And in return, the court dismissed the three-day-old order, saying the underlying lawsuit was filed months after the law allowed for challenges to Pennsylvania’s expansive year-old mail-in voting law.

In response, political analyst Mark Levin tweeted, “The rogue PA Supreme Court is the most detestable court in the land.  The Democrat majority doesn’t even pretend to sit as justices.”

“They’re political hacks in black robes who have destroyed PA’s election system, unconstitutionally seized power from the state legislature, and sits as a Democrat-Party politburo,” he added. “Rather than uphold the federal and state constitutions, it has shredded them. Stalinism lives.” See Below

1. The rogue PA Supreme Court is the most detestable court in the land. The Democrat majority doesn’t even pretend to sit as justices.

3. Rather than uphold the federal and state constitutions, it has shredded them. Stalinism lives.https://t.co/8CCkAp9TJo

Related Article: Levin Explains How Dems ‘Fixed The Rules’ Prior To The Election & Why It’s A ‘Violation Of The Constitution’

Sean Parnell reacted to the court’s decision on Twitter, where he claimed it was “not unexpected” how they ruled, and told his followers to “stay tuned.”

This was not unexpected.

Sen. Warren Insinuates Trump May Have Killed Soleimani As A Distraction For Impeachment: “People Are Reasonably Asking ‘Why This Moment?'”