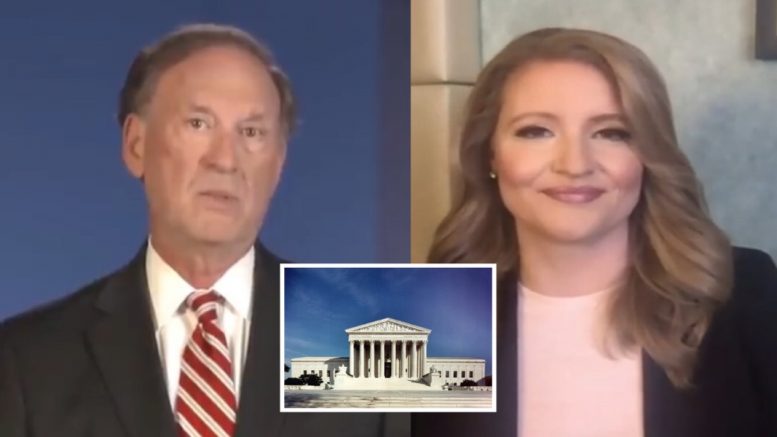 On Friday, a federal appeals court dismissed a lawsuit by the Trump campaign over Pennsylvania’s voting procedures, paving the way for the case to proceed to the Supreme Court of the United States.

Following a public hearing Wednesday in Pennsylvania with the Trump campaign and President Donald Trump’s personal lawyer Rudy Giuliani arguing to a lower court Friday that widespread voter fraud occurred in the state, the 3rd U.S. Circuit Court of Appeals said “the campaign’s claims have no merit.

The Trump campaign has the option of asking the U.S. Supreme Court for emergency injunctive relief, which would go to Justice Samuel Alito, who would then likely ask his eight colleagues to weigh in, as reported by Fox News.

“Rudy Giuliani and me on Third Circuit’s opinion: The activist judicial machinery in Pennsylvania continues to cover up the allegations of massive fraud. We are very thankful to have had the opportunity to present proof and the facts to the PA state legislature. On to SCOTUS!” Jenna Ellis, Trump’s attorney and campaign adviser, responded in a statement on Twitter after the court ruling.

.@RudyGiuliani and me on Third Circuit’s opinion:

The activist judicial machinery in Pennsylvania continues to cover up the allegations of massive fraud.

We are very thankful to have had the opportunity to present proof and the facts to the PA state legislature.

The three judges on the panel were all appointed by Republican presidents. “Free, fair elections are the lifeblood of our democracy. Charges of unfairness are serious. But calling an election unfair does not make it so. Charges require specific allegations and then proof. We have neither here,” Judge Stephanos Bibas, a former law school professor, wrote in his ruling. Continued Below

The Commander in Chief on Friday, announced on Twitter, “Biden can only enter the White House as President if he can prove that his ridiculous ‘80,000,000 votes’ were not fraudulently or illegally obtained,” adding, “When you see what happened in Detroit, Atlanta, Philadelphia & Milwaukee, massive voter fraud, he’s got a big unsolvable problem!”

We leave you Rudy Giuliani on “Where To Find The Evidence”: