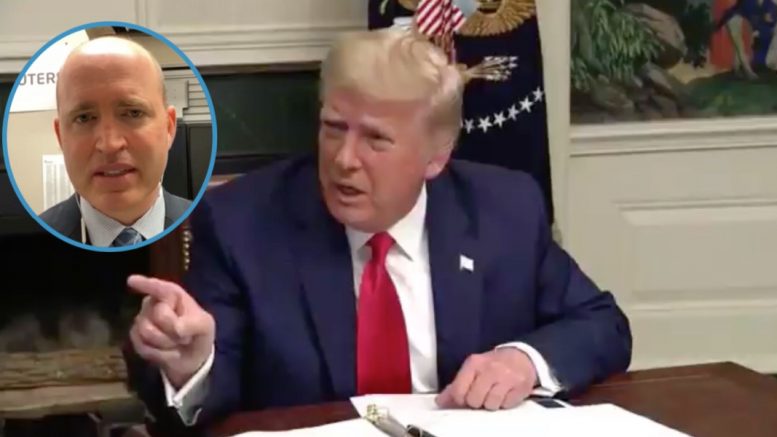 President Donald Trump on Thanksgiving Day, fired back at Reuters White House correspondent Jeff Mason, who tried to speak over the president when the Commander in Chief was responding to a question, calling the journalist a “lightweight” and telling him, “Don’t ever talk to the president that way.”

Mason had asked President Trump whether he would concede the election if the Electoral College votes for Joe Biden, to which the president responded, “Well if they do, they made a mistake, because this election was a fraud.”

“Just so you understand, this election was a fraud,” President Trump declared. “I mean, they have Biden beating Obama. And Obama’s vote, in areas that mattered in terms of the election, in swing states. And yet, he’s losing to Obama all over the place, but he’s Obama in swing states, which are the states that mattered for purposes of the election.”

“So no, I can’t say that at all. I think it’s a possibility… they’re trying to, look, between you people…” the president continued.

As Mason started to talk over the Commander in Chief, President Trump ripped the White House correspondent.

Trump fires back at reporter talking down to him:
"You're just a lightweight. Don't talk to me that way. I'm the President of the United States. Don't ever talk to the President that way." pic.twitter.com/E3QloFRiIu

Mason, after the exchange with President Trump, tweeted:

Trump says if the Electoral College votes for Biden it would be a mistake, but says he will leave the White House if it does

(Related: President Trump Announces Saturday Rally In Georgia: “This Race Is Far From Over”)