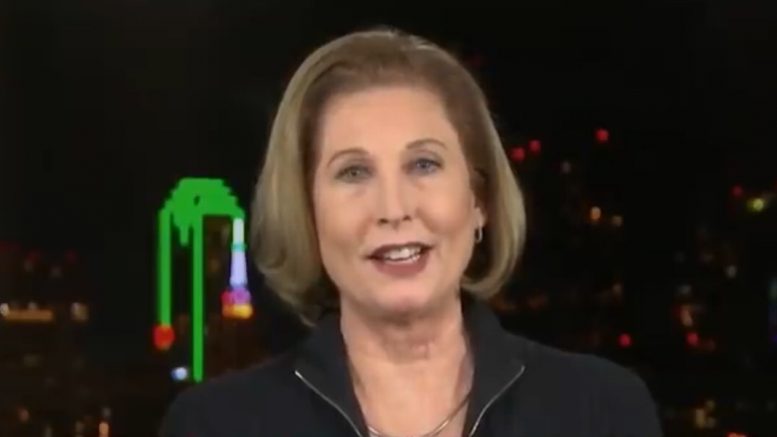 Attorney Sidney Powell spoke to host Lou Dobbs on Fox Business Tuesday, signaling that a Georgia lawsuit will be filed not later than Wednesday.

Powell has been focusing her efforts, in the wake of the November election, on Dominion Voting Systems, a company that sells electronic voting hardware and software, including voting machines and tabulators, in the United States and Canada. The company’s headquarters are in Toronto, Ontario and Denver, Colorado.

Lou Dobbs told Sidney Powell during the interview, “You  have promised a Kraken will be unleashed. We were expecting perhaps, your suit would be filed yesterday or today. When shall we expect your lawsuit?”

“I think no later than tomorrow,” Powell responded. “It’s a massive document, and it’s gonna have a lot of exhibits.”

Asked who will be the defendant[s], Powell told Dobbs, “The defendants are going to be folks in Georgia who are responsible for supposedly making sure the elections in Georgia are done properly. And there are just countless incidents of voter fraud and election fraud writ large in Georgia.”

Powell also revealed there will be other lawsuits in addition to Georgia, telling the Fox Business host, “We’ll be rolling them out as fast as we possibly can, because it effected the entire country actually. We even have an affidavit now from a distance state that’s done by one of the election officials in the state, telling us all the things that person witnessed as being wrong there. So it was nationwide.” Continued Below

“Obviously it couldn’t be more urgent, but yes the time deadline should be able to be met. The evidence is so overwhelming, it’s almost as though they were so blatant about it. They expected us to catch it, and you know, maybe it’s a diversion from something else that’s going on, I don’t know. It’s also clear there was foreign intrusion in our voting systems, and that’s going to be the real– where the rubber meets the road,” Powell warned.

Asked if she thinks we are going to see the Trump presidency saved, Powell declared, “Yes! I definitely do.”

“There’s no issue in my mind but that he was elected in an absolute landslide nationwide,” she told Lou Dobbs. Video Below

BREAKING NEWS: @SidneyPowell1 says her lawsuit in Georgia could be filed as soon as tomorrow and says there’s no way there was anything but widespread election fraud. #MAGA #AmericaFirst #Dobbs pic.twitter.com/buB5UDwZ9u

Meanwhile, the Commander in Chief took to Twitter Tuesday to ask: “Why isn’t the @GASecofState Brad Raffensperger, a so-called Republican, allowing us to look at signatures on envelopes for verification?”

“We will find tens of thousands of fraudulent and illegal votes. This could also be very helpful to @SenDavidPerdue and @SenatorLoeffler. Why is he afraid of Stacey Abrams? We don’t need the ballots — we only need the signed envelopes!” he wrote.