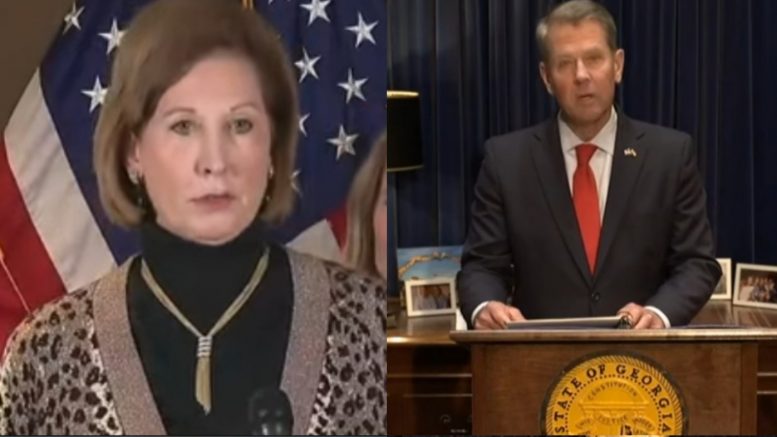 President Trump’s attorney Sidney Powell confirmed reports that a lawsuit will soon be filed in Georgia related to alleged election fraud, and that it will be “Biblical.”

Earlier on Saturday, Jordan Sekulow, who also is a member of President Trump’s legal team, told Newsmax host Tom Basile on Saturday that an election challenge lawsuit planned to be filed early this week is new and will be “shocking” in Georgia.

“I can’t tell you right now, but what’s coming in Georgia will be shocking, when we file this in federal court Monday or Tuesday,” Jordan Sekulow announced. “It’s nothing that we have talked before. It’s not related to what you heard in the press conference [Thursday] either. This is something completely separate.”

While interviewing with Newsmax later on Saturday, Sidney Powell confirmed the existence of an explosive new lawsuit that is set to be filed in Georgia, in wake of results being certified by Secretary of State Brad Raffensperger (R).

Powell called the certification of Biden’s victory in Georgia a “total farce” before saying, “Georgia is probably going to be the first state I’m going to blow up, and Mr. Kemp and the Secretary of State need to go with it because they’re in on the Dominion scam with their last minute purchase or award of a contract with Dominion for a hundred million dollars.”

“The state bureau of investigation for Georgia ought to be looking into financial benefits received by Mr. Kemp and the Secretary of State’s family about that time,” she added.

Without providing any more details of why she speculates that Kemp and Raffensberger were paid off by Dominion, Powell issued a brief comment on the lawsuit that is set to be filed in Georgia.

“Hopefully this week, we will get it ready to file, and it will be Biblical,” she declared. Video Below

.@SidneyPowell1 says hopefully this week they will have everything to file in Georgia. It will be biblical! pic.twitter.com/rqNM6Y1iGd

Here is the full video of Sidney Powell’s Saturday interview on Newsmax: