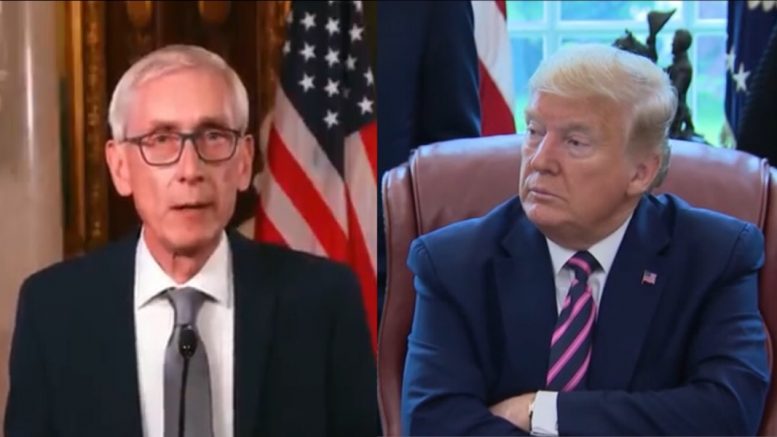 These two counties were selected because they are the locations of the worst irregularities. Donald J. Trump for President, Inc. transferred $3 million to Wisconsin to cover the estimated cost of the recounts, the campaign reported.

According a press release by Trump campaign:

Despite this clear mandatory requirement, clerks uniformly issued absentee ballots without collecting a written application from persons who requested absentee ballots in person during the two week in-person absentee voting period that ran from October 20, 2020 through November 1, 2020. Continued Below

Voter identification is an essential requirement in Wisconsin and elsewhere to ensure that only eligible voters may cast their ballots. In clear abuse of Wisconsin’s provision to issue ballots to indefinitely confined voters without requiring them to present voter identification, some Democrat county clerks illegally advised voters to illegally mischaracterize that they were indefinitely confined to circumvent Wisconsin voter ID law.

Those claiming to be “indefinitely confined” rose from 72,000 in 2019 to more than 240,000 at the time of the November 3, 2020 election. A substantial number of those claiming that status were sent and then returned ballots without proper identification and without otherwise meeting the requirements for that status.

“The people of Wisconsin deserve to know whether their election processes worked in a legal and transparent way. Regrettably, the integrity of the election results cannot be trusted without a recount in these two counties and uniform enforcement of Wisconsin absentee ballot requirements. We will not know the true results of the election until only the legal ballots cast are counted,” said Jim Troupis, counsel to the campaign. Continued Below

“We will not stop fighting for transparency and integrity in our electoral process to ensure that all Americans can trust the results of a free and fair election in Wisconsin and across the country,” Troupis added.

The petition will be filed with the Wisconsin Elections Commission and can be found here.

The recounts in Milwaukee and Dane counties will begin Friday and must be done by Dec. 1. Democrat Joe Biden received 577,455 votes in those two counties compared with 213,157 for Trump. Biden won statewide by 20,608 votes, based on canvassed results submitted by the counties, Stars and Stripes reported.

President Trump tweeted on Wednesday evening a graph showing a dump of Biden votes in Wisconsin at 3:42 AM, pointing out: “A day AFTER the election”.

35 Republicans Vote In Favor Of Jan. 6 Commission; Trump Reacts: “Sometimes There Are Consequences To Being Ineffective & Weak”