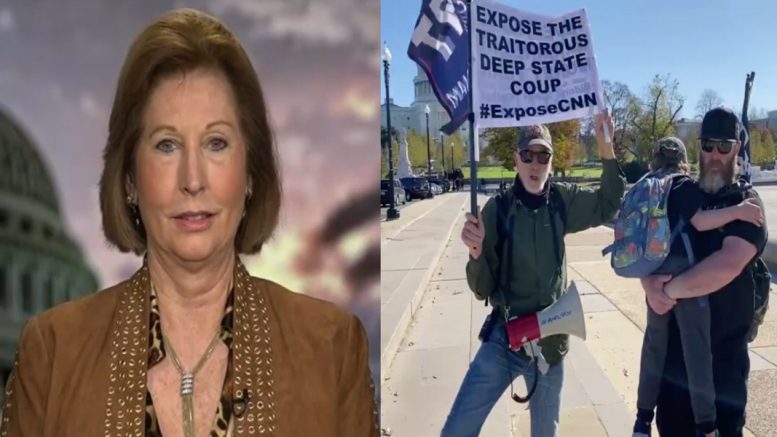 A few patriots who traveled over 3000 miles, expressed their gratitude to President Trump’s attorney, Sidney Powell, in the wake of the November of the election, as she is exposing issues linked to software reportedly being used in the U.S. elections.

In a video posted on Twitter by Ann Vandersteel, Rod Taylor and Scott Bruster said that they “traveled from Oregon to come to the rally on Saturday” adding, “We just want to say thank you for being a patriot with bigger cojones than most men in the world.”

“We appreciate your intellectualism, your effectiveness, and your fight. God bless you ma’am,” Rod Taylor expressed in his message to Sidney Powell.

Scott Bruster added, “We are here to fight for you because you are fighting for us, and we will not let them harm you.”

“This is the only way, this is the last chance for America. This is our last bash and our last hope. We are here for freedom, for all humanity,” Bruster said.

Sidney Powell saw the video and responded to Rod Taylor and Scott Bruster, retweeting their video and wrote, “Thank you all so much. We love you back!! God bless America!” Video Below

A message to Sidney Powell:

General Michael Flynn, who is being represented by Powell, also chimed in, writing, “This is what is good and pure about the American spirit. These weary travelers speak for millions who so appreciate you @SidneyPowell1 and the many others taking the fight to this travesty of an election.”

In another video, Rod Taylor and Scott Bruster said: