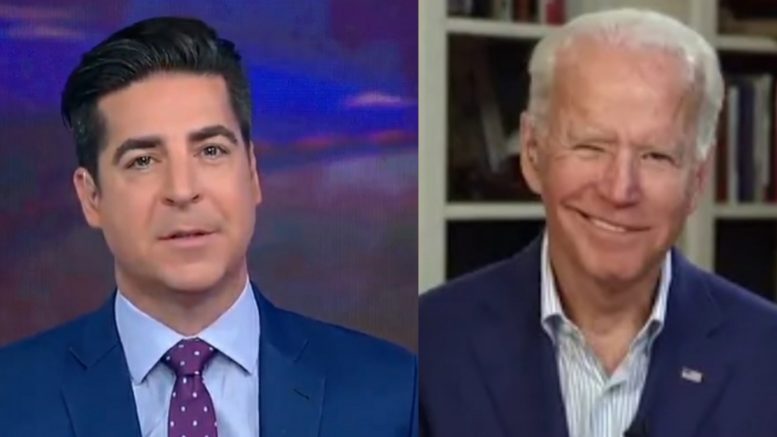 Fox News host Jesse Watters provided a thorough breakdown of how Joe Biden’s projected victory by the media “doesn’t add up” and simply “doesn’t feel right” with the way it all came about.

Watters delivered his analysis on Saturday’s airing of Watters World.

“There’s something that just doesn’t feel right about this. You feel it too,” he added while looking into the camera.

“Joe Biden didn’t earn it. He didn’t even really campaign. He thought he was going to lose. You could see it. He ran a losing campaign. So 10 days after the election, how is he ahead?” Watters questioned.

He then chronologically put things all together to show how Joe Biden’s projected election victory “doesn’t add up.” Video Below

There’s something that just doesn’t feel right about this. Joe Biden didn’t earn it, he didn’t really even campaign. He thought was going to lose, you could see it. He ran a losing campaign. So 10 days after the election, how’s he ahead? #WattersWords pic.twitter.com/NeZhWrObax

Related Article: Jordan: Dems Spent 4 Years Investigating The Russia Hoax But Don’t Want To Spend 4 Weeks To Investigate The Integrity Of This Election

He won because the Election was Rigged. NO VOTE WATCHERS OR OBSERVERS allowed, vote tabulated by a Radical Left privately owned company, Dominion, with a bad reputation & bum equipment that couldn’t even qualify for Texas (which I won by a lot!), the Fake & Silent Media, & more! https://t.co/Exb3C1mAPg