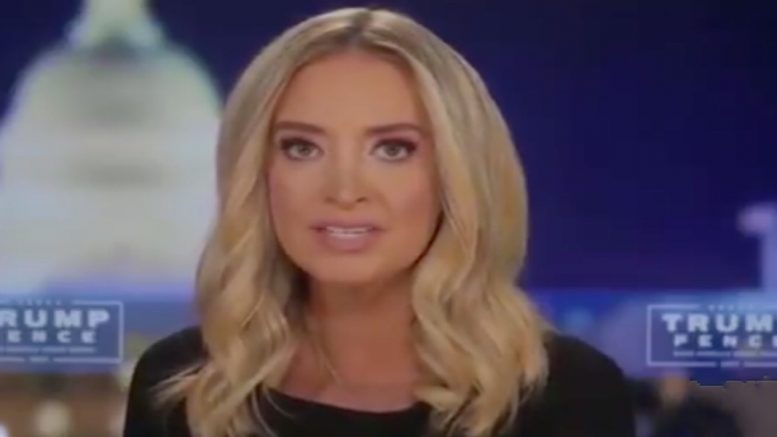 White House press secretary Kayleigh McEnany on Wesnesday, detailed accusations in the 234 pages of sworn affidavits from Wayne County, Michigan, where poll watchers described their eye-witness account to potential fraud-related activities that were allegedly encountered during the election process.

McEnany explained, during an interview with Fox News’ host Sean Hannity, that in the affidavits, it includes accusations of harassment, racism and sexism against Republican poll watchers in Michigan.

“I want to detail here for you, because there’s so much here in these 234 pages, but one of the things that stood out to me today was a pattern and practice of harassment against poll watchers. Of course, you’re legally obligated to send a Republican poll challenger to observe the vote, and what I read was entirely disturbing,” Kayleigh McEnany expressed.

“One affidavit, a young woman said she observed ballots from a wrong precinct, be duplicated with the correct precinct, and then the old ballots be sent back,” she continued. “She began to ask questions, she was told to leave the room. She was called a bigot, she was called the ‘C’ word, as the poll watcher covered her name tag.”

“There was another woman that said she heard at 11:43 pm, a poll watcher say, ‘Tonight, this is our house’. 17 minutes later, that election official I should say, started to use slurs against Black Donald Trump supporters. She believes votes were changed that were Trump and were changed the other way,” McEnany explained of a poll watcher’s sworn affidavit.

“And then, finally, another instance of racial slurs used against an individual– he was a man of Chinese descent and he was literally told, ‘Why are you here, you’re not American’. When he said, ‘I am American’, he proceeded to endure 5 minutes of racial ethnic slurs. This is in one precinct, in one county, in Wayne County, Michigan,” she added. Video Below

President Trump also pointed out that “observers were not allowed into the counting rooms”, referring to some of the sworn affidavits and also of some video footage, which has surfaced on social media.