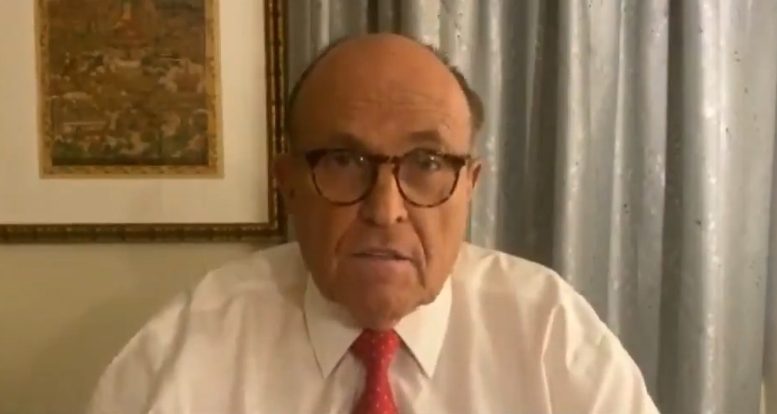 Rudy Giuliani claims to have already found enough “illegal votes” to “overturn” the results in Pennsylvania and Michigan as his investigation into alleged election fraud continues to ramp up.

The former New York City mayor went over some of his most compelling discoveries thus far, while appearing on Lou Dobbs Tonight.

Related Article: Cruz Reveals The ‘Silver Lining’ That May Cause Biden’s Vote Total To Go Down As Litigation Moves Forward

“I’m working on the part of the case which is demonstrating how many illegal votes were cast. And I’m well beyond the margin that I need in Pennsylvania or Michigan to overturn the vote there,” Rudy told Lou Dobbs.

As laid out by Rudy, one witness claims in a sworn affidavit that she was trained how to “cheat” as a poll worker in Detroit just two months before the election.

They’ll also testify that over 100,000 ballots were “shipped” in at 4 AM on November 4, and were allegedly marked only for Joe Biden in a “fraudulent” to help overtake President Trump’s tremendous lead in Michigan that he held on election night, according to Rudy.

Election Fraud: @RudyGiuliani says he has uncovered enough unlawful ballots in Pennsylvania and Michigan to turn the election in favor of @realDonaldTrump. #MAGA #AmericaFirst #Dobbs pic.twitter.com/VMzMNvzffs