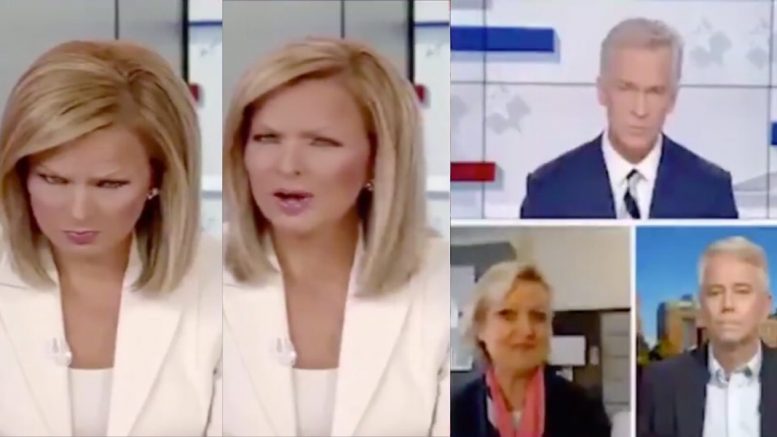 Fox News anchor Sandra Smith was caught on a hot mic Saturday afternoon responding in disbelieve to a guest who was casting doubt on the legitimacy of Joe Biden being declared the presumptive president-elect by establishment media.

The guest was Cleta Mitchell, a Washington DC-based lawyer, who was arguing on behalf of President Donald Trump’s continued legal fights against the election results. Mitchell was also objecting to Fox News and other media outlets calling Joe Biden the winner, Newsweek reported.

“What?” Smith said in disbelief, rejecting Mitchell’s argument and appearing to be unaware that she was heard.

While Mitchell continued speaking, Smith interjected arguing, “What is happening? Like Trace.– We’ve called it.”

Mitchell, however, was either unable to hear Smith or chose to ignore the Fox host, as she continued speaking as she said, “So I think everybody wants to know this was done properly and legally and that we can trust the results. And I think we have to look at every one of these concerns.” Video Below

President Donald Trump on Sunday wondered, “Since when does the Lamestream Media call who our next president will be? We have all learned a lot in the last two weeks!”

Meanwhile, “Newsmax TV remains the only major news network to not call the election” as they are “awaiting the latest from the contested states around the nation”.

ELECTION RESULTS: Newsmax TV remains the only major news network to not call the election – awaiting the latest from the contested states around the nation. https://t.co/VlT7z8drtO pic.twitter.com/hpFK6hbIE6