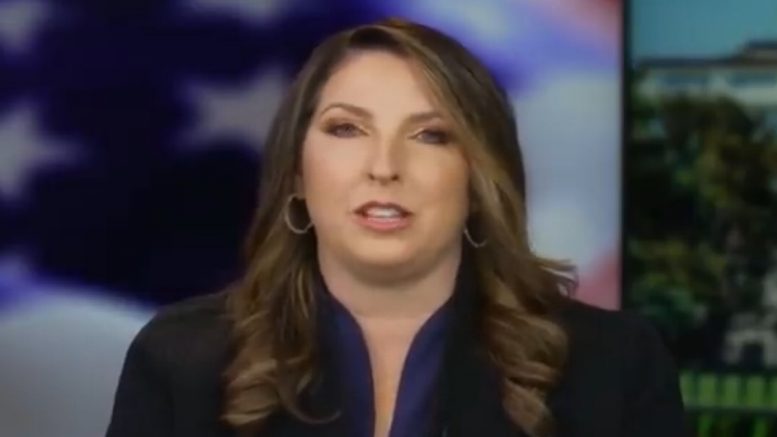 “The media doesn’t decide who wins elections, voters do. In multiple states the margins are razor thin with counting ongoing, several of which are headed for recounts,” McDaniel tweeted Saturday.

“In order for Americans to have confidence in our elections, we need time to let the canvassing and certification process take place, along with any investigations of irregularities or fraud play out,” she continued.

“The Democrats spent years alleging a phony Russia collusion narrative in the name of election integrity. It is only right we allow this current process to occur. The American people deserve it,” the GOP chairwoman added.

Meanwhile, President Trump declared on Twitter Saturday, “I WON THIS ELECTION, BY A LOT!” Continued Below

Newt Gingrich also said on Twitter, “If you want to see how much the fix is in, votes are still being counted, no recounts have started, challenges are ignored, 5 states are within one per cent but the media pack has declared Biden won.”

Rep. Doug Collins also weighed in saying, “No matter what the media tells you, this is NOT over. It’s not over until every LEGAL vote is counted. This is America. We the PEOPLE decide who our next President is. NOT the media.”

Mark Levin tweeted, “The media do not declare who’s president-elect. There’s a constitutional and statutory process. Gore litigated for 37 days. Clearly the media want this ended today. And this is also intended to pressure the Supreme Court justices and other courts where there is pending litigation and will be litigation. We don’t know who’s President-Elect yet. The media at least have an obligation to explain this but won’t.” Continued Below

We leave you with a message from General Michael Flynn:

Lin Wood Teaches Gov. Kemp A Lesson On How To Order A Signature Audit If He Really Wants It To Happen