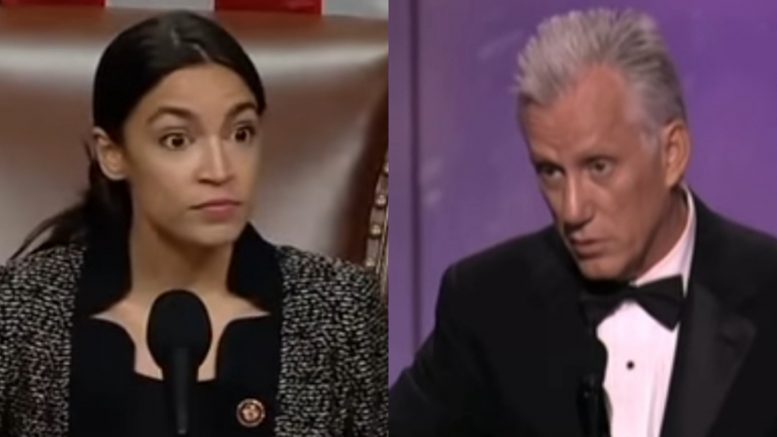 Alexandria Ocasio-Cortez is predicting that so-called “Trump sycophants” are on the verge of having their media material “deleted,” which includes photos, social media posts and even writings in wake of the 2020 election.

And as a result, she is wondering if anyone is “archiving” such material in the event that it is no longer accessible.

Related Article: Vernon Jones Rips GA’s Vote Tallying Process: “How In The Hell Can You Send A Man To The Moon, But You Can’t Get Results In 24 Hours!”

AOC tweeted, “Is anyone archiving these Trump sycophants for when they try to downplay or deny their complicity in the future? I foresee decent probability of many deleted Tweets, writings, photos in the future.”

Then, after facing immediate backlash over her suggestion, the Democratic-Socialist congresswoman followed up by saying, “Lol at the ‘party of personal responsibility’ being upset at the idea of being responsible for their behavior over last four years.”

Former actor James Woods fired back at Ocasio-Cortez upon seeing her remarks.

“I understand you’re an ignorant nitwit who’s never had a passing acquaintance with a history book, but political lists are EXACTLY what Communists do: Lenin, Stalin, Pol Pot, Castro. So put me at the top of your list, you moron. I’d be honored,” he concluded. See Below

James Woods Fires Back At AOC