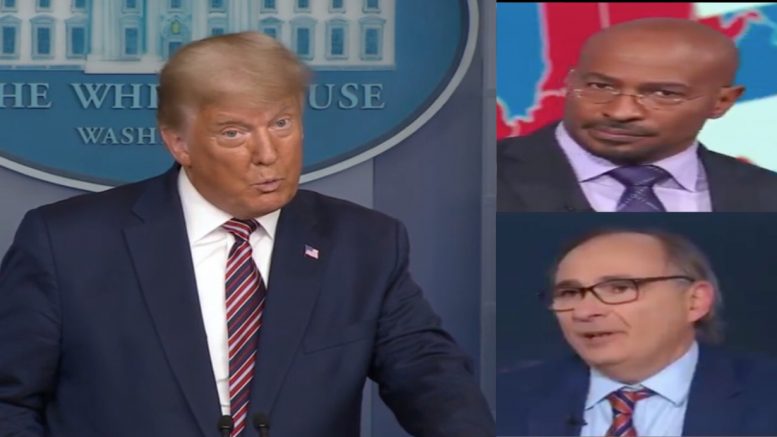 President Donald Trump delivered remarks from the White House press briefing room Thursday over the pending presidential election, saying that he believed he would ultimately win the election and promised a lengthy legal fight to challenge the results.

The president also told reporters that he believes Democrats are “trying to steal the election, rig the election”, insisting, “We can’t let that happen”.

“Detroit and Philadelphia, known as two of the most corrupt political places anywhere in our country easily, cannot be responsible for engineering the outcome of a presidential race, a very important presidential race,” President Trump said, noting though, that Democrats reportedly attempted to use the state Supreme Court to “try to ban our election observers”.

“We won the case, but they’re going forward. They don’t want anybody in there, they don’t want anyone watching them as they count the ballots,” he suggested. “And I can’t imagine why. There’s absolutely no legitimate reason why they would not want to have people watching this process, because if it’s straight, they should be proud of it, instead, they’re trying obviously to commit fraud. There’s no question about that.”

“In Philadelphia, observers have been kept far away, very far away, so far that people are using binoculars to try and see. And there’s been tremendous problems caused. They put paper on all of the windows so you can’t see in, and the people that are banned are very unhappy and become somewhat violent,” the president explained, referring to videos posted on social media showing workers attempting to restrict transparency and not allow people outside to observe what was going on inside the counting area in Detroit’s TCF Center on Wednesday. Continued Below

Following President Trump’s remarks during his Thursday briefing, CNN’s Van Jones and David Axelrod claimed that the Commander in Chief is a racist for calling out what he saw as corrupt activity in Philadelphia and Detroit.

Van Jones responded to Axelrod’s assertion, saying, “I appreciate you teeing it up. It’s unbelievable that he can say these cities are know for corruption, etcetera, etcetera. There’s corruption all across this country, in every institution.”

“Why are singling out these two Black cities?” Jones asked. “Why are you denying the victory these people have fought for? I’m upset about it, because African Americans have fought so hard for the right to vote. … This right to vote for us is precious.”

“We went and got young African Americans across this country to believe, to buy in, to stand line, to do this thing, and to have the President of the United States crap all over their efforts, it hurts,” Jones vented, though the president was referring to mail-in-ballots. “You can say he doesn’t mean it to be racial, but it feels racial to us.”

CNN's Van Jones and David Axelrod say that President Trump is a racist for calling out corrupt activity in Philadelphia and Detroit:

"Why are you singling out these two black cities? Why are you denying the victory that these people have fought for?" pic.twitter.com/mv0ZtSj96O

(Related: Lewandowski Goes Off Amid Claims That Philly Sheriff Will Not Enforce Court Order: “What Are You Hiding?!”