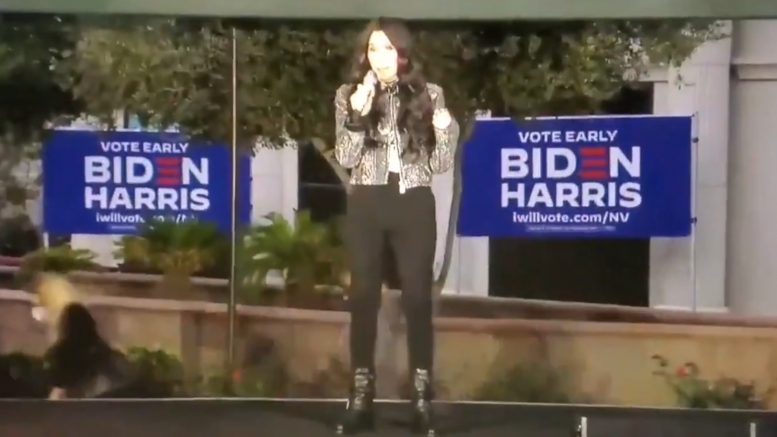 American singer and actress Cher experienced some embarrassing technical issues while stumping for Joe Biden in front of a dismal crowd Las Vegas.

Towards the beginning of her event, the “Goddess of Pop” was cued up to sing her hit song “Walking In Memphis,” but a major problem emerged, as the wrong song began to play in the background, which wasn’t even hers.

“Alright, I’m ready. And then we’ll talk, and then I’ll sing and then I’ll wave goodbye and that will be it,” Cher said before she waited for the background music to begin.

Suddenly, a Latin pop song began to play for a few moments as Cher looked around at the crowd with a confused look on her face.

It took several seconds before the tech crew could correct the issue and play “Walking In Memphis,” which then prompted Cher to finally sing.

Another video showed Cher trying to point out positive attributes of Joe Biden, while warning the crowd about President Trump.

In ending, here are some odd remarks made by share regarding the Black and Hispanic community during her speech: