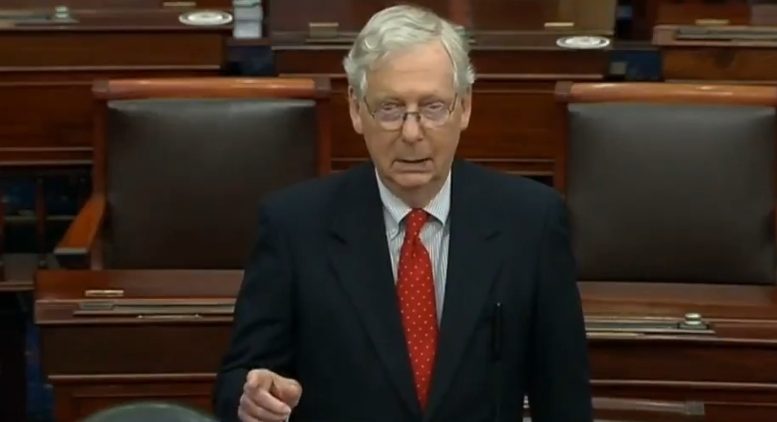 On Saturday, Senate Majority Leader Mitch McConnell delivered a Senate floor speech, where he deconstructed several notions put forth by Democrats throughout the confirmation process of Judge Amy Coney Barrett of the Supreme Court.

The floor speech came just one day before the Senate will vote on advancing her nomination toward a final confirmation vote Monday.

Among topics discussed by McConnell was a claim made by Democrats that suggests Judge Barrett’s confirmation process is “the most rushed” of any Supreme Court nominee in history.

“Some colleagues keep repeating the absurd claim that this is the most rushed confirmation process in history. This is flat-out false,” Sen. McConnell said.

“Justice John Paul Stevens was confirmed in 19 days from start to finish. Justice O’Connor in about four weeks. In the past, Justices have been confirmed in one week… in one day!” McConnell exclaimed.

“There is no argument that Judge Barrett’s nomination has moved at some break-neck pace,” he concluded. “Facts are facts.”