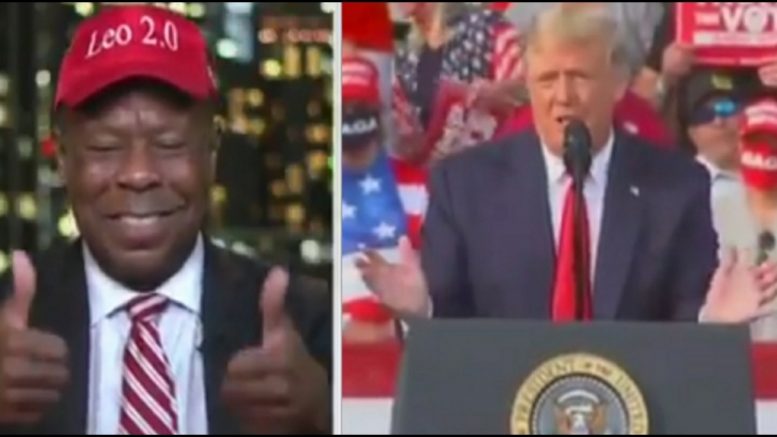 A new poll shows a surge in support for President Donald Trump among Black Americans, and civil rights attorney Leo Terrell confirms that the data is accurate based on what he has seen while stumping for Trump in various states.

Over the past few days, Mr. Terrell has campaigned on behalf of President Trump in states like Ohio, North Carolina, Michigan and Georgia, where he has gotten a first-hand dose of the “tremendous momentum among Black Americans” that is suggested in UCLA’s poll.

He briefly shared his experience with Sean Hannity on Friday night.

“I’m telling you, there is tremendous momentum among Black Americans in the Midwest, in the South for Trump,” Leo told Fox News host Sean Hannity on Friday.

He continued: “Trump [will get] the highest number of Black voters, male voters, voters overall than any other Republican, and I’ll tell you why. Because he has a Platinum Plan — he has a program that will infuse cash capital in Black businesses. He has already done a lot.”

“The bottom line is Joe Biden has done nothing, and guarantee you Black America sees that,” he declared. “I’m telling you, being on the ground, there in tremendous enthusiasm for Donald Trump. I love being on the campaign trail Video Below

Prof. Turley Explains How Democrats May Have ‘Just Lost’ Their Case By Linking Trump To Russia: “A Tad Too Much”