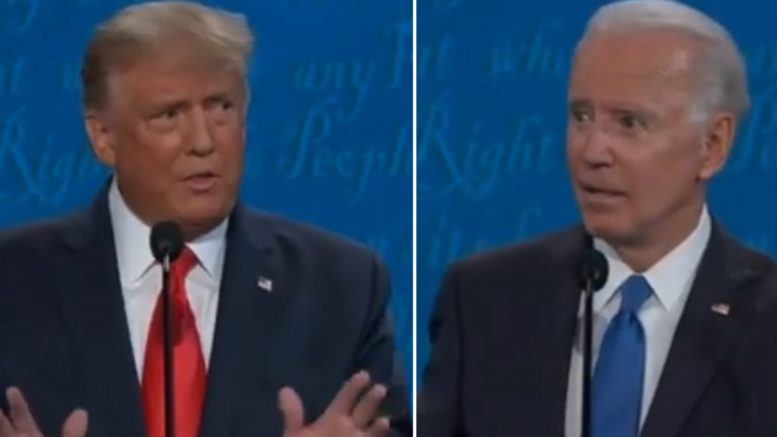 During the final presidential debate, former Vice President Joe Biden dared President Donald Trump to “show the tape” of him saying that he wants to ban fracking in the United States.

The heated exchange came as the pair sparred over the topic of climate change and fossil fuels.

“We’re gonna have the greatest economy in the world. But if you want to kill the economy, get rid of the oil industry,” President Trump said. “And what about fracking? Now we have to ask him about fracking.”

“You said it on tape!” Trump fired back, and so Biden urged him to “Show the tape.”

“Put it on the website. The fact of the matter is he’s flat lying,” the former Vice President said.

Following the debate, CNN fact-checked Biden and when they said “Trump is correct” and that “Joe Biden did make anti-fracking commments during the primary in 2019 and in 2020.”

CNN FACT CHECK: "So in this case, Trump is correct. Biden did make anti-fracking comments during the Democratic primary in 2019 and 2020. And Trump was not lying." #Debates2020 pic.twitter.com/0xiGVPIah6

President Trump then seized the moment to post a video montage of Biden and his running mate Kamala Harris both making anti-fracking remarks.

BOOM! Careful what you wish for, Joe!

In ending, here’s another video compilation that circulated after the debate of Joe Biden making anti-fracking remarks, along with White House Press Secretary Kayleigh McEnany’s reaction:

Joe Biden said to play the tape of him saying he opposed fracking.

Well, President @realDonaldTrump played the tape at his rally just days ago!

Bongino Unveils Multiple Instances Of How Biden Is A ‘Liar’: “When Biden Is Exposed In The Debate[s]… Gonna Be The End Of His Campaign”