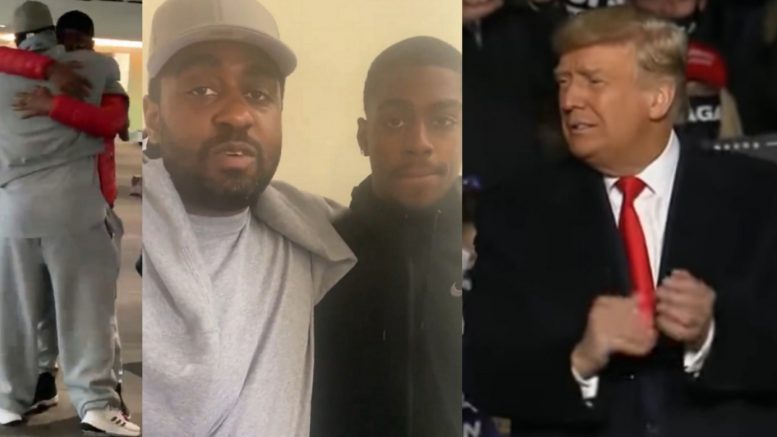 A former boxer from Gary, Indiana reunited with his son, who he had been apart from for 16 years, after President Donald Trump granted him clemency.

Charles “Duke” Tanner was a 24‐year-old rising star at the time of his arrest and was initially sentenced to life in prison for drug-related charges. His sentence, however, was reduced to 30 years, 16 of which he served before being freed by President Trump on Wednesday.

Tanner’s harsh prison term has been tied to the the 1994 crime bill, which was signed into law when Joe Biden was head of the Senate Judiciary Committee. The bill is thought to have contributed to mass incarceration of Black Americans ever since.

A video surfaced on Tuesday showing the moment that Tanner was reunited with his son, who was only two-years-old when the former boxer was arrested and jailed.

This is the moment Duke Tanner was reunited with his son.

Joe Biden had this man thrown in jail for a crime that is a total nothing burger compared to the crimes Hunter Biden commits on a daily basis.@realDonaldTrump freed him and sent him home! pic.twitter.com/DDV8Q5X6Qz

Moments later, Tanner issued a video statement, where he gave thanks to God and to President Trump for giving him a “second chance.”

“Twenty years ago I fought at Trump Casino and now you signed to give me clemency,” Tanner said.

“First I didn’t know it was real til I was able to bring in and touch this little guy right here,” he added while pulling his son close. “I left when he was two years old, President Trump. You reunited me back to my family.” Video Below