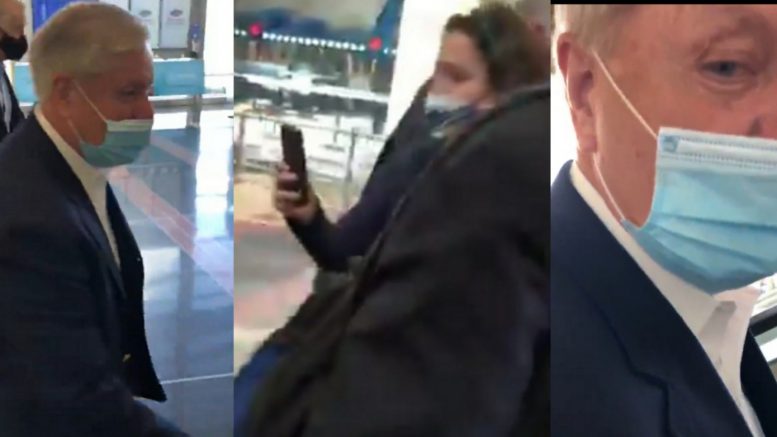 Senator Lindsey Graham wasn’t about to let two women in Washington, DC’s airport get away with saying nasty things to him without getting in two cents of his own.

After arriving at the DC airport, Graham was met with two females who recorded him walking with his entourage as they yelled absurdities at him over his unwavered support for Judge Amy Coney Barrett.

After one of the women said she was from Seattle, Washington, Graham replied, “I think Seattle is a good example of how things have gotten out of control.”

“No, Seattle is wonderful! Don’t you dare say that about my city!” the woman yelled back.

The other female, who wouldn’t reveal where she was from, said, “Sir, you’re an example of how things are getting out of control, sir. You work for me, sir. I pay your salary, sir…And you’re gonna make my children, my daughter who stood on the shoulder of giants — you’re gonna take her rights away by voting for this woman who’s a racist.”

I arrived in DC today & was confronted by 2 women – one of whom was from Seattle – who called Judge Amy Coney Barrett a racist & unqualified. This is the modern left, hostile & unhinged. I won't be intimidated. I can't wait to #FillTheSeat. STAND WITH ME: https://t.co/ZwkiWzOfR7 pic.twitter.com/sGkyzpCdxw