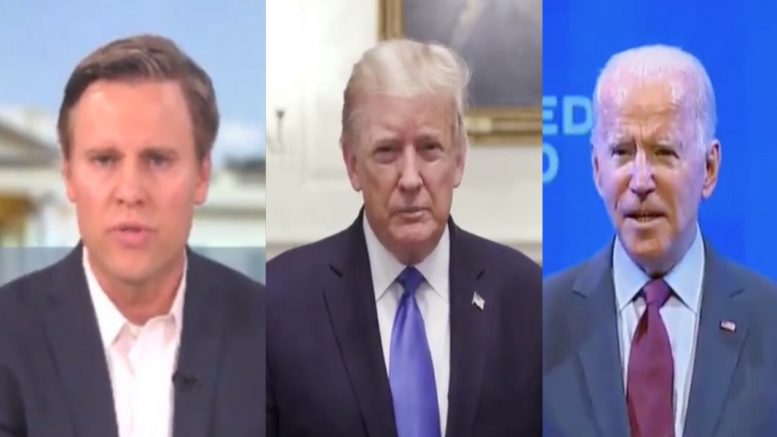 President Donald Trump’s campaign manager, Bill Stepien, released a letter on Twitter Monday, urging the Commission on Presidential Debates to “rethink and reissue a set of topics.” Stepien’s letter comes as the third presidential debate, which is set to take place on Thursday, was reportedly supposed to center on the topic of foreign policy.

However, according to The National Pulse, the release of the Hunter Biden emails/laptop details in the New York Post, the wildly partisan presidential debates commission announced that would no longer be the case, the effect being the protection of Joe and Hunter Biden.

As reported by The National Pulse:

On Friday the Debate Commission announced their topics for Friday, which are bizarrely similar to the first debate topics. The second debate will feature: Fighting COVID-19; American Families; Race in America; Climate Change; National Security; and Leadership.

The first debate topics were: Covid-19; The Economy; Race and Violence in our Cities; The Integrity of the Election; The Supreme Court; and Trump and Biden’s Records.

“We write with great concern over the announced topics for what was always billed as the “Foreign Policy Debate” in the series of events agreed to by both the Trump campaign and the Biden campaign many months ago,” Bill Stepien wrote. “… We urge you to recalibrate the topics and return to subjects which had already been confirmed”. Continued Below

“We understand that Joe Biden is desperate to avoid conversations about his own foreign policy record, especially since President Trump has secured historic peace agreements among Israel, the United Arab Emirates, and Bahrain. We recall that Biden’s former Secretary of Defense, Robert Gates, maintains that Biden has been “wrong on nearly every major foreign policy and national security issue over the past four decades”, the letter states.

“Biden has supported endless wars and given aid and comfort to our adversaries, including Iran, which was delivered pallets loaded with mountains of cash just as four Americans were released from captivity in Tehran,” the letter said.

“Biden also has advanced the interests of China over his 47 years as a Washington politician, putting their concerns over those American workers. New information recently revealed indicates that Biden himself was mentioned as a financial beneficiary of a deal arranged by his son Hunter and a communist Chinese-related energy company,” Stepien wrote. Continued Below

“If a major party candidate for President of the United States is compromised by the Communist Party of China, this is something Americans deserve to hear about, but it’s not surprising the (sic) Biden would want to avoid it. It is completely irresponsible for the Commission to alter the focus of this final debate just days before the event, solely to insulate Biden from his own history,” the letter says.

“For the good of the campaign integrity, and for the benefit of the American people, we urge you to rethink and reissue a set of topics for the October 22 debate, with an emphasis on foreign policy. This is what the campaigns had agreed to and it has been the tradition in past campaigns. We await your immediate reply to these concerns. We further advise you that there is no reason to consult with the Biden campaign before replying because we all know what they think, Stepien added.

Our letter to the BDC (Biden Debate Commission) pic.twitter.com/ZsY5JfMbT7 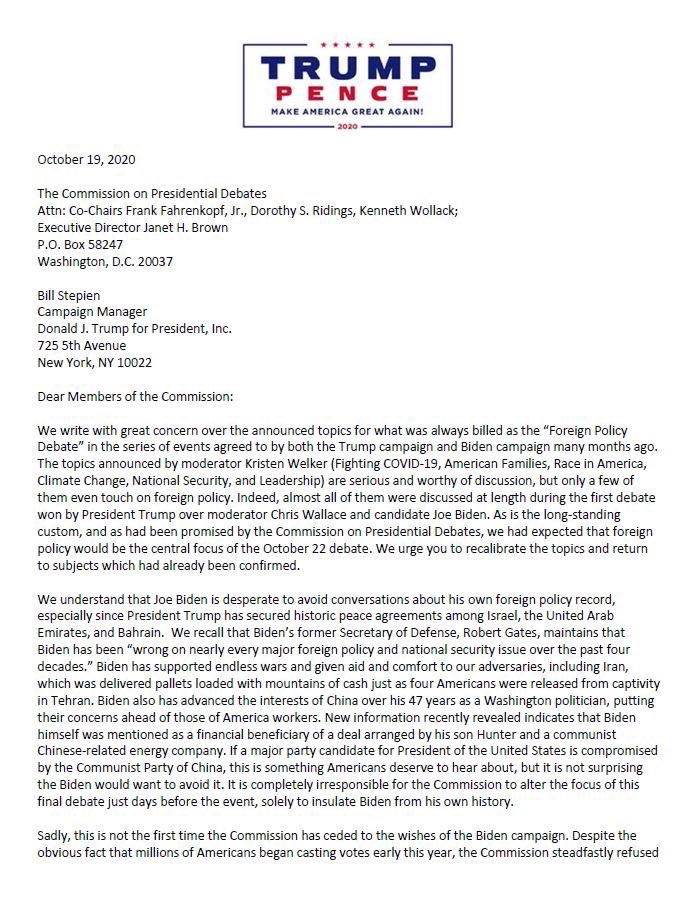 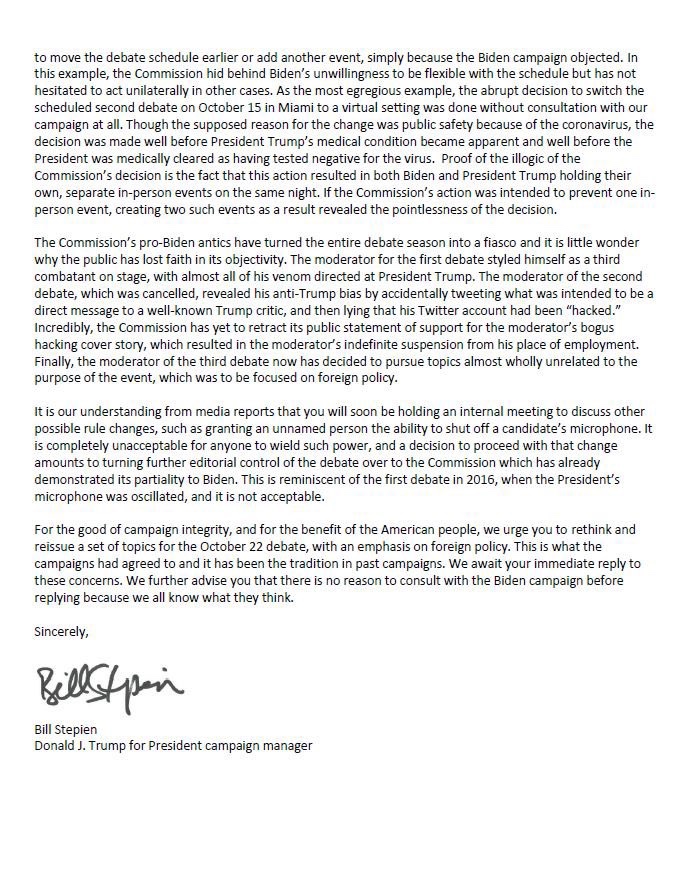