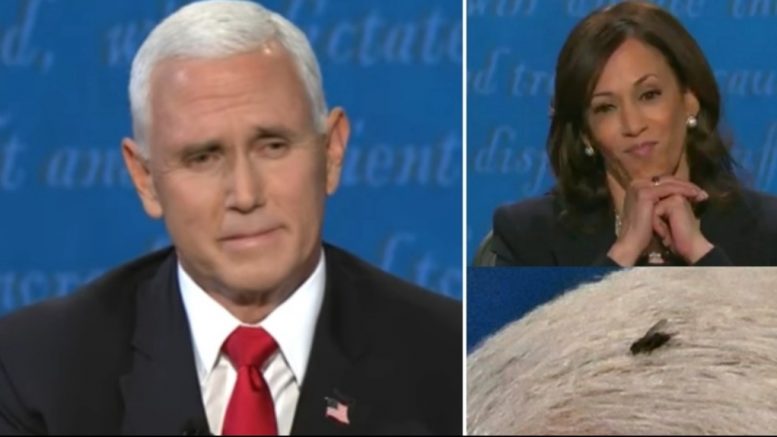 Vice President Mike Pence appears to be the winner of 2020’s Vice Presidential Debate, overcoming both Senator Kamala Harris and ‘the pesky fly’ that briefly stole the spotlight, according to a poll compiled by USA Today.

Following the big showdown, USA Today posted a poll on Twitter to help gauge who won, which had to be ‘edited’ after they failed to include Pence’s name as an option.

After deleting the initial poll and posting a new one just after midnight, respondents could choose who they think won the debate, which included Kamala Harris, Mike Pence, the pesky fly or ‘I didn’t watch!’

The poll closed later on Thursday after a whopping 265,777 votes were cast, showing Pence as the clear winner with 64.6% support versus Sen. Harris who received only 22.8% of the vote.

Meanwhile, the ‘pesky fly’ received less than 7% of the tally, which was a crushing defeat for Pence’s opposition who were rooting for the insect in hopes that it distracted attention away from the Vice President’s rock-solid performance. See Below

USA Today included another poll to help address harsh criticism they received after failing to includ Pence’s name in their first poll that was eventually deleted.

Is this a corrected poll because USA TODAY messed up the first one?

In ending here is James Woods’ summary of the vice presidential debate, which could explain why Pence prevailed:

Final takeaway: Mike Pence was a gentleman, forthright and focused. He delivered his plan for America brilliantly. Kamala Harris behaved like a “Valley Girl,” smirking and rolling her eyes like a petulant brat, dodging every question she was asked.

Kayleigh McEnany Touts Trump’s Approval Rating As It Hits 51%: “This. Is. The. Silent. Majority.”

‘Que Mala’: Protesters Line Up To Greet Kamala Harris With Unfriendly Welcome On Her Border Trip