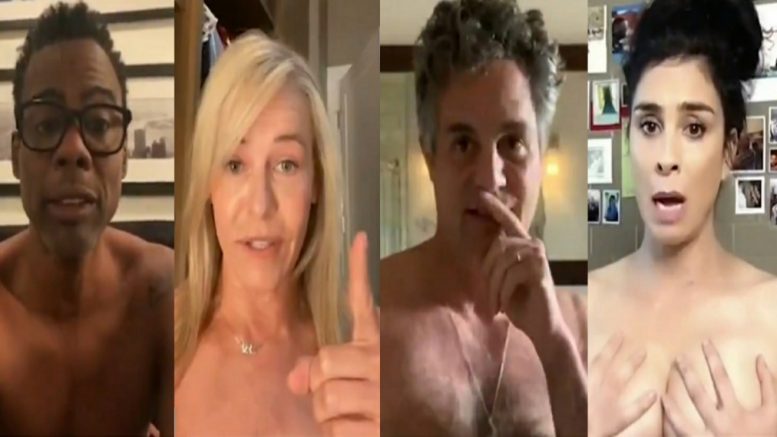 Celebrities stripped down naked and tried to educate the public how to properly vote by mail in the 2020 election.

The odd political ad that circulated on Wednesday included some of the most famous liberal names in Hollywood, including Chris Rock, Mark Ruffalo, Chelsea Handler and Sarah Silverman.

Celebrities in the video tried to draw attention to a regulation that could cause mail-in ballots to be categorized as “naked ballots,” specifically in the battleground state of Pennsylvania. Such ballots would be considered void in the election if instructions are not properly followed, according to the actors and actresses in the video.

“I know what you’re thinking. You’re thinking ‘Ruffalo, put your clothes on,'” Mark Ruffalo says to the camera while appearing to be completely naked.

The screen the flips to Sarah Silverman, who is grabbing her bare breasts and says, “I wish I could cover my hands with my boobs, but here we are.” She then warns the public that ballots could be “thrown out” if “you don’t do exactly what I tell you.”

Other celebrities take turns making off-the-wall remarks and warning the audience to “read and follow the instructions” that come with each mail-in ballot. They also stress the importance of sending them in “as soon as possible.” Video Below

Celebs including @SarahKSilverman, @TiffanyHaddish, and @chrisrock are stripping down to bring attention to naked ballots and encourage voters to follow vote-by-mail instructions (via @representus) pic.twitter.com/D61Lt27P7o