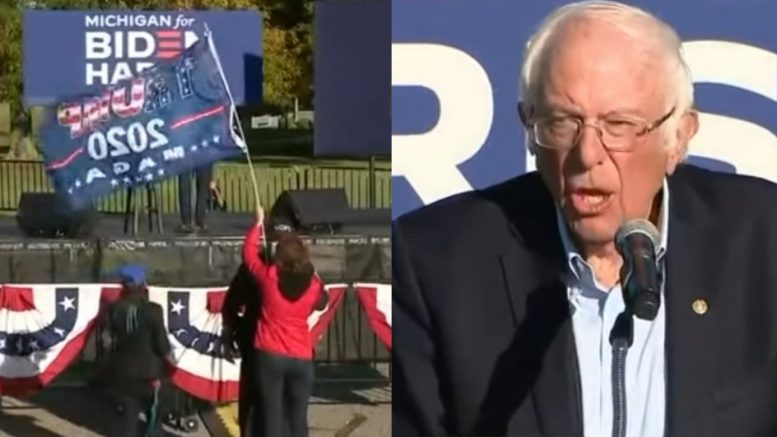 Bernie Sanders was interrupted by a Trump supporter as he stumped for Joe Biden and Kamala Harris in Macomb County, Michigan on Monday.

While delivering his speech to a small crowd of Biden supporters, Bernie was suddenly blocked from the cameras by a woman carrying a ‘Trump 2020 MAGA” flag, who stood right in front of the podium where the senator was speaking.

Bernie tried to continue his speech, but soon stopped talking as security and attendees tried to remove the woman and the flag from the event.

After the Trump supporter tussled with security for a little over a minute, one of the attendees at the event pulled the flag down from the woman as she sat on the ground.

Bernie was soon able to resume his speech. Video Below