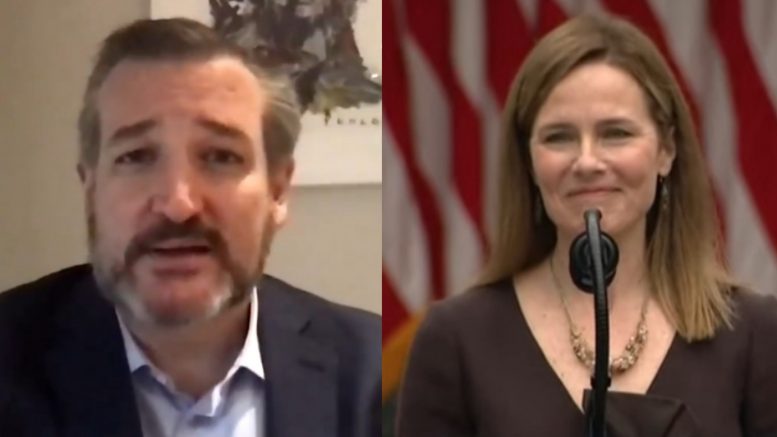 Sen. Ted Cruz (R-TX) is confident that Judge Amy Coney Barrett will be confirmed as the next Supreme Justice by the end of the month before Election Day.

The senator also plans to play an “active part” in battling his Democrat colleages on the Senate Judiciary Committee beginning on October 12, when Judge Barrett’s confirmation hearings are set to begin.

Related Article: Cruz On Why The Senate Should Confirm A Successor For Ginsburg By Election Day: “We Are One Vote Away From Losing Our Fundamental Constitutional Liberties”

“I believe the Senate will get the job done — that she will be confirmed by the end of the month before election day,” he declared.

“The Senate Judiciary Committee — we’re gonna start confirmation hearings next week. I’m gonna play an active part in fighting against the Democratic attack and slime machine that is being unloaded on Judge Barrett already,” Sen. Cruz said. Video Below

John Berman Warns Peter Navarro Not To Say ‘China Virus’ Again On The Air, Does It Anyway