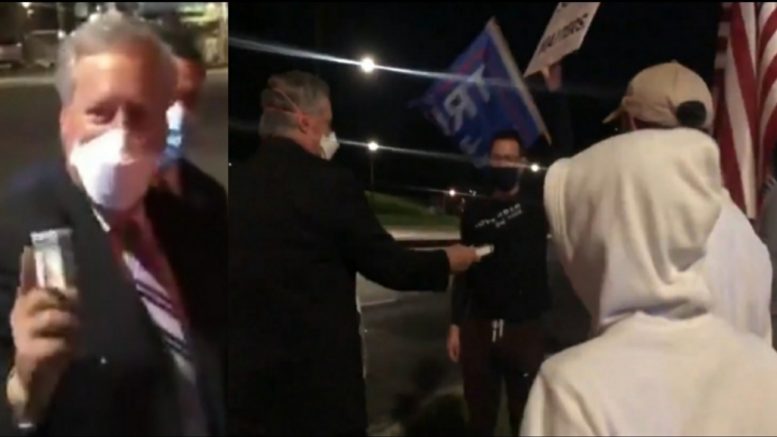 The group of supporters were there to pray and show some love to the Commander-In-Chief, who arrived at the medical center earlier on Friday “out of an abundance of caution” for tests and evaluation and is expected to stay there for several days.

Related Article: Trump Thanks ‘Everyone For The Tremendous Support’ & Thinks He Is ‘Doing Very Well’ After Positive COVID-19 Test

President Trump apparently saw footage of his supporters on television from inside the hospital and wanted to show them gratitude for having his back during this difficult time.

White House Chief of Staff Mark Meadows greeted the group with a bag of goodies, that included Hershey Kisses and M&M’s with the presidential logo on the packages.

When walking up, Meadows reportedly said, “The President saw you on TV and wanted to show his gratitude.” Video Below

Here is a look at the candy packages that were handed out by Mr. Meadows:

Out Of Nowhere, O’Reilly Gets A Phone Call From Trump & Discloses What Was Said To His Viewers