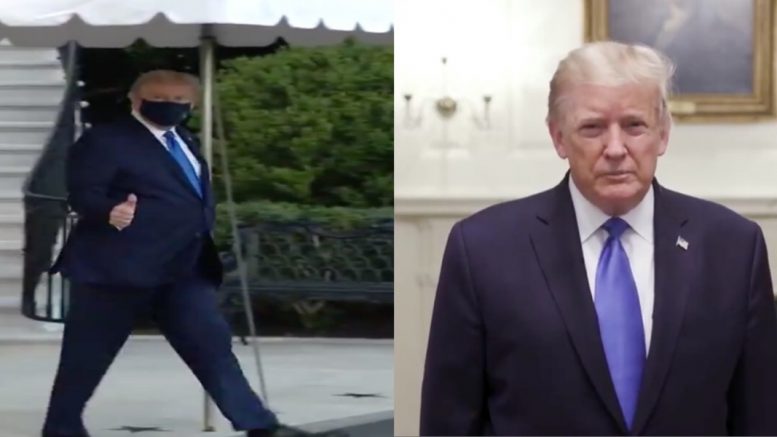 The Commander in Chief left the White House Friday afternoon, boarding Marine One to Walter Reed National Military Medical Center in Bethesda, MD for tests and evaluation as a precautionary measure. He is reportedly going to stay at Walter Reed for several days “out of an abundance of caution” after testing positive for COVID-19.

The president released a video message on Twitter Friday, thanking “everyone for the tremendous support”, adding, “I think I’m doing very well, but we’re going to make sure that things work out. The first lady is doing very well. Thank you very much. I appreciate it, I will never forget it. Thank you.”

President Trump leaving the White House to board Marine One: