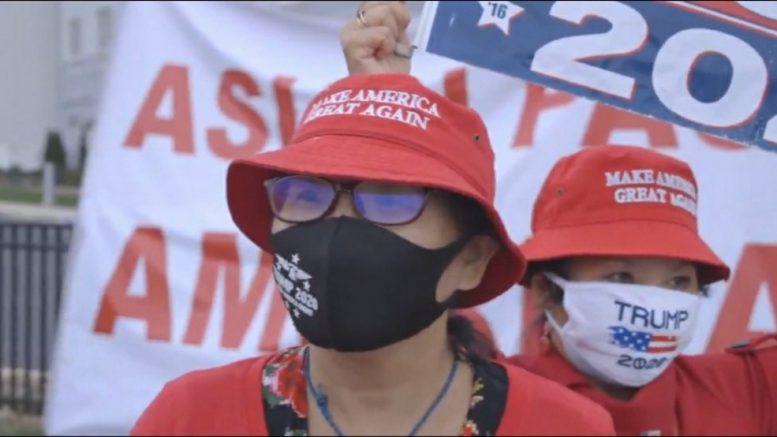 A Chinese American was blasted Democrats for embracing the same communist ideologies that caused her flee China to come to America in the first place.

Wearing a “Make America Great Again” bucket hat and a Trump 2020 mask, the unidentified female went on to slam Democrat leaders for “encouraging violence” and holding very little regard to “law and order.”

Related Article: Black Trump Supporter On Why He Thinks Joe Biden Doesn’t Seem Like ‘The Guy’: “He Looks Scared Already”

“We love this country,” the Chinese American is heard telling a reporter. “We came from China, where communism doesn’t work. That’s why we came to this country.”

‘Now, the Democrats want to make this country to become a communist country,” she declared.

“We also support law and order. It’s ridiculous. We came to this country because this country is ruled by law, and now…[Democrats] are encouraging violence and looting, which is ridiculous to us,” she concluded. Video Below