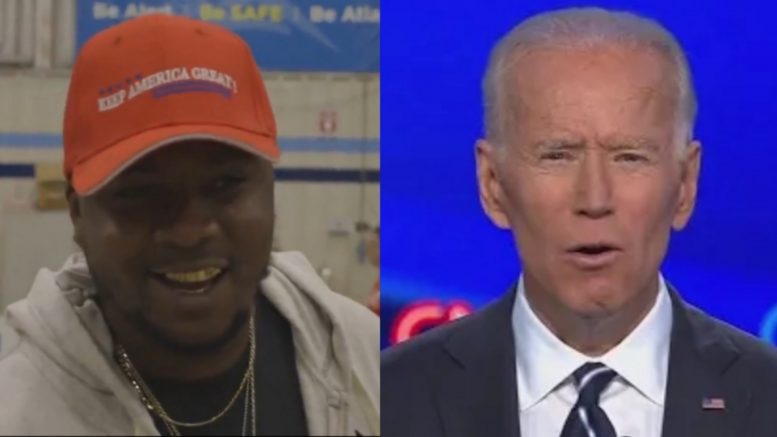 A Black Trump supporter gave his take on why he thinks Joe Biden is simply not “the guy” who is cut out to fight for the American people as compared to a “lion” like President Donald Trump.

Instead, the unknown supporter thinks Biden is more like a “cub” who “already looks scared” to take on the role as Commander-In-Chief.

“I can’t have a President that can’t sit up here and try to tell me what he can do for us if he can’t even explain it,” the man is heard saying during an interview posted by Team Trump.

“Honestly, Joe Biden doesn’t seem like the guy that’s…he’s not messing with Trump,” he declared. “If you’re standing next to Trump, you’re not…he looks scared already. So I don’t like that.”

“You’re a lion, you’re going into battle. You know? You can’t be a little cub getting scared,” the Trump supporter concluded. Video Below