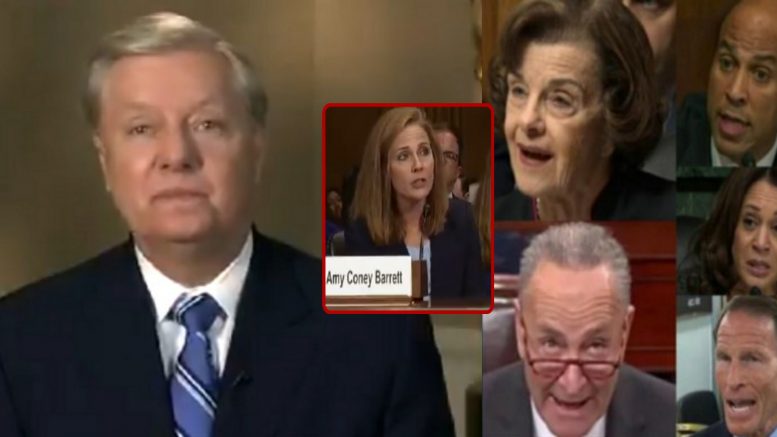 Senator Lindsey Graham warned Democrats if they choose to treat Judge Amy Coney Barrett with the same level of disrespect as they gave to Justice Brett Kavanaugh during his confirmation hearings.

Sen. Graham believes Democrats’ poor treatment of Kavanaugh backfired and is the reason why Republicans picked up Senate seats in 2018. And if they aren’t careful with their behavior during Judge Barrett’s hearings, which are slated to begin on October 12, Graham thinks it could “blow up in their face big time.”

“The nominee will be challenged, and that’s appropriate to challenge the nominee,” Sen. Graham told Judge Jeanine Pirro on her Saturday night program. “But if they treat Judge Barrett like they did Justice Kavanaugh, it’s gonna blow up in their face big time.”

“Why is it that conservatives get treated this badly?” he questioned. “Clarence Thomas, Judge Bork, Alito, Kavanaugh — if they continue this pattern of trying to demean this outstanding nominee, I think the American people will push back, push back hard.”

“Kavanaugh really did help Republicans pick up Senate seats cause they went too far,” he declared. Video Below

.@LindseyGrahamSC is here with reaction to President Trump’s nomination of Judge Amy Coney Barrett to the Supreme Court. pic.twitter.com/BigFY2yEto